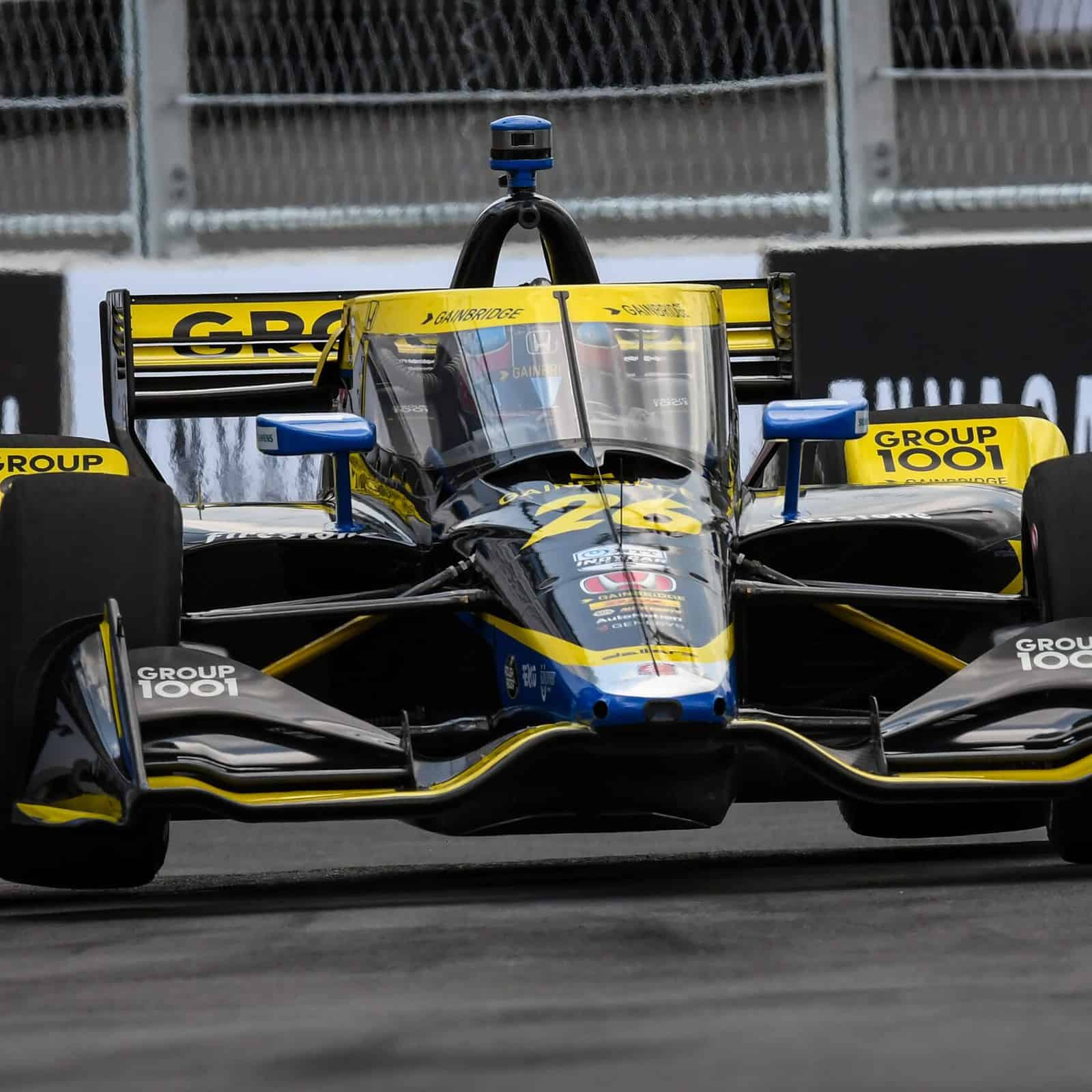 It wasn’t always pretty, but it’s worth trying again next year.

Let’s start this by acknowledging the elephant in the room — that race was legitimately hard to watch early on. Excitement turned to trepidation, which then gave way to memes, disappointment, and dare I say it, a bit of fatigue as the opening half of the event dragged on in slapstick fashion.

In a race hyped as the second-biggest event on the 2021 NTT IndyCar Series schedule — nothing tops the Indy 500, after all — the packed crowd totaling tens of thousands of fans had to endure an attrition-filled slog filled with high August temperatures and a swath of early crashes. From Marcus Ericsson soaring over Sebastien Bourdais to the Team Penske pileup initiated by Will Power and Simon Pagenaud, myriad incidents forced the race to run 33 of its 80 laps behind the safety car, with a pair of red flags tacked on for good measure.

Ericsson later battled back from his airborne excursion with a winning strategy to claim the event in improbable fashion, which was one of the day’s key highlights. But there were no on-track passes for the lead and Ericsson’s winning pace of 72.607 mph was slower than the 74.602 mph that Ray Harroun had in the first Indy 500. You know, the race in 1911.

“It was a crazy race,” runner-up Scott Dixon admitted.

“I think there were some regulars making mistakes and hitting people,” he later continued. “Maybe that needs to be looked at. All the penalties need to be stronger when you cause accidents like that.

“I don’t know. It’s a tricky track. It’s really difficult. Especially on restarts with trying to get temperature in the tires, knowing that it was going to be somewhat hard to pass, there was a lot of people trying to make it happen on restarts.”

The end result was disappointing, but recent history would show that perhaps that should have been expected. Perfection is near impossible to pull off in a debut race, particularly on a tricky street circuit like Nashville.

We’ve seen just how difficult it can be from America’s other top tour, NASCAR. The Bristol Motor Speedway dirt weekend was forced into a doubleheader by rain and then track conditions became a major challenge for the Cup race. Circuit of the Americas had some of the scariest crashes in recent memory after rain made visibility non-existent. Knoxville Raceway’s first Camping World Truck Series event turned into a crash-filled slog like Nashville as drivers fought for the bottom lane.

Early issues aren’t exactly new for either series, anyhow. Remember the parking debacle at Kentucky Speedway’s Cup debut in 2011? What about the disaster that was the 2015 IndyCar race at NOLA Motorsports Park? That facility never saw a second chance after its rain-shortened struggle, mercifully awarded to James Hinchcliffe after less than 50 laps.

For every good debut like the first Truck race on dirt at Eldora Speedway, there’s a concept that struggles like the F1 race in a Las Vegas car park. Yes, that really happened — and they did it twice!

What we need to look for in a debuting event is potential. Are there any positives to take away? Can things be improved in the future? Does the move provide enough value to continue giving it a go, even if there are early flaws?

For most of this year’s struggling debuts, the answer is yes. NASCAR had a good vibe going at Circuit of the Americas before the rain hit, and the Bristol dirt track could be a unique spectacle with better weather luck and a shorter main event.

Perhaps no new race weekend has shown more promise than Nashville, even with all the issues.

The sights seen at the track were fantastic, from the unique drive over the Korean War Veterans Memorial Bridge to the grandstands accompanying Nissan Stadium, home of the Tennessee Titans. This wasn’t Monaco, but it presented a unique look and had an electric atmosphere that added to the prestige of the overall event.

While it certainly had its faults, the actual track was serviceable, too. The transitions onto and off the bridge were bumpy, but the rest of the racing surface was manageable. Qualifying was enthralling on the tight circuit. Colton Herta provided some dramatic flair in the race with his failed late surge back to the front. There were also fun battles for position in the pack, including a sketchy moment for Scott McLaughlin.

Here’s the onboard of my moment passing @maxchilton Sunday… Bit going on ?? #SM3 pic.twitter.com/SCWUk6rEiK

With a few changes, the layout could be conducive to good racing. Some areas of the track could serve to be a bit wider, and the opening turns need a bit more runoff space. But the ingredients for a successful street circuit are all there.

NBC Sports also did a fantastic job of marketing and showcasing the event, foreshadowing it with numerous plugs during the NASCAR race weekend and then segueing between the Cup Series and IndyCar races on Sunday. The result was 1.212 million viewers according to Sports Business Journal reporter Adam Stern, a number not seen since the 1990s for an IndyCar race on cable.

There were 27 cars competing on the Nashville street circuit, the most seen outside of the 11 rows of three in the Indy 500 since the 2013 Grand Prix of Long Beach. Those competitors and the fans meshed in what proved to be a fun, party-like atmosphere throughout the weekend.

That the race itself was underwhelming was like saving up to see your favorite band only to find out the lead singer was sick and could barely sing on the night of the show.

It made for a disappointing experience on that day, but that doesn’t mean things won’t be better in the future. Let’s be patient, see what the race organizers can come up with for a second running and go from there.

I think that was all very well said. I’m not sufficiently expert to be certain what specific changes need to be made to the track, but certainly the start line needs improvement in terms of sight lines. Some of the street portions were ridiculously tight. But yes, the promotion and overall venue were nicely done and the location has potential. Indycar should give it another try.

I rarely watch Indy cars racing but I did watch this race, mainly because I had just finished watching the NASCAR race right before it.

But I found I really enjoyed this race. I especially enjoyed watching them go over the bridge in Nashville.

If they do return again, I will be sure to watch it.