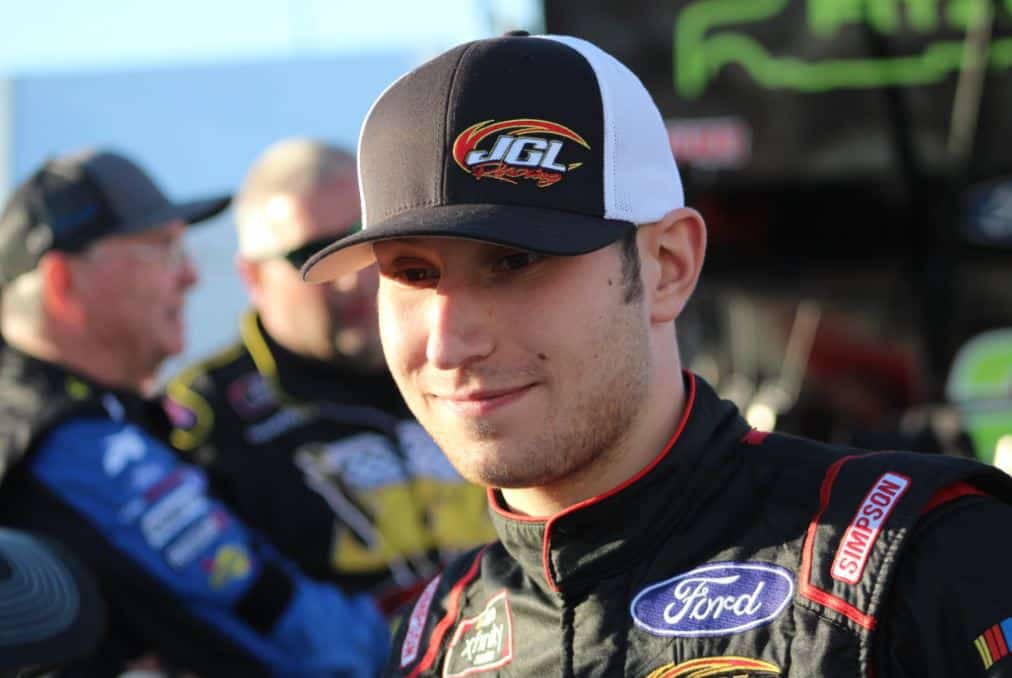 Of course, it wasn’t Bowman’s first win in a NASCAR national series. The 26-year-old won an Xfinity Series race in 2017 for Chip Ganassi Racing.

Bowman’s second career NASCAR national series victory bumps him out of a category that creates a mixed bag of emotions for drivers.

Some dream of even making it into this club; others are left wondering what could have been.

Here are five favorite drivers who only went to victory lane once in their NASCAR national series careers (to date, of course) — NASCAR’s version of one-hit wonders.

Driving the No. 11 Red Horse Racing Toyota, David Starr dominated the 2008 race, leading 170 of the 250 laps. He appeared to be in line for the victory.

However, Lia had other plans. Competing in his eighth career Truck Series race, Lia wheeled his No. 71 TRG Motorsports Chevrolet from the 28th starting position to the front. When the white flag flew, Lia was in second place, hot on Starr’s bumper, and as the field entered turn two, Lia raced alongside Starr.

As they entered the backstretch, the two drivers were joined by Todd Bodine. The three drivers raced hard, but Lia gained the lead.

He won by 0.241 seconds over Starr, and Bodine finished in third place.

Lia said, “I used everything I had there at the end and I couldn’t have driven it any harder. We just got them on the restarts and got them where we had to get them. We just did everything right today, my crew (and) everybody.”

The final lap of the 2008 Ohio 250 was the only lap Lia led in his Truck Series career. He competed in 39 career Truck Series races and one Xfinity Series race. Since his race victory, he has competed in the NASCAR Whelen Modified Tour, with 17 career Whelen wins.

Fort Blackmore, Va.’s John King entered the 2012 NextEra Energy Resources 250 at Daytona International Speedway with just seven career Truck Series starts under his belt, driving the No. 7 for Red Horse Racing in what was meant to be a full-time campaign.

The race itself was a wreck-fest; only 18 of the 36 starters finished the race. The season opener featured three green-white-checkered attempts and ended in a wreck, a fitting end for a race that featured nine cautions for 37 laps. Nearly one-third of the race was run under caution.

Surprising many, it was King who came out on top.

King competed in only eight more Truck Series races, with sponsorship woes curtailing his 2012 season. He finished inside the top 10 only once more in his career, in the 2012 Kroger 250 at Martinsville Speedway.

Justin Labonte is the son of NASCAR Hall of Famer Terry Labonte. After competing in 23 NASCAR Xfinity Series races from 1999-2003, he announced he would compete part-time in the Xfinity Series in 2004, driving a family-owned No. 44 Dodge.

The 2004 Tropicana Twister 300 appeared Mike Wallace’s to lose. He won the previous race and led 18 laps, pacing the field when he took the white flag. However, his No. 4 Ford ran out of fuel, and Labonte emerged out front.

He held off Jason Keller, and was overjoyed to win, joining father Terry and his uncle Bobby Labonte as another Labonte to win a NASCAR race.

His win at Chicagoland Speedway was the only win of his career, but his sister Kristy remembers that day fondly.

A day I’ll never forget. One win and you have no idea how hard these guys worked to get it. And don’t worry, Justin is doing awesome. I’m still amazed at his talent and knowledge. You can see what he’s up to over at @LonghornChassis. #HornsUp #mybrotheriscoolerthanyourbrother https://t.co/Yp4k5A2jCw

David Gilliland was the underdog in the 2006 Meijer 300 at Kentucky Speedway, but he wasn’t deterred.

Driving the part-time No. 84 for Clay Andrews Racing, Gilliland was the talk of the water cooler when he bested some of the Xfinity Series’ best via an underfunded, relatively unknown operation.

The win catapulted his career. In August 2006, he replaced Elliott Sadler as the driver of the No. 38 Yates Racing Ford for the remainder of the season, earning his first career Cup Series pole later that season at Talladega Superspeedway.

Gilliland began his first full-time season in the Cup Series in 2007, kicking it off by winning the Daytona 500 pole. He continued running full time in Cup through the 2015 season.

In 2015, he also drove part-time for Ricky Benton Enterprises in the Truck Series. He then drove for Kyle Busch Motorsports in two races in 2018, and has since driven for his own team, DGR-Crosley, which has yet to break though in the win column.

He is also the father of current KBM driver, Todd Gilliland.

Grala won the 2017 NextEra Energy Resources 250 at Daytona International Speedway in the Truck Series, a victory that locked him into the playoffs that year

Grala won the pole and led the first 13 laps of the race. As the drivers completed laps around the 2.5-mile track in Daytona Beach, Fla., the then-18-year-old driver stayed out of trouble and on the lead lap.

A wreck on the final lap that started when Grant Enfinger got into the back of Ben Rhodes took out many top contenders, including Johnny Sauter.

Grala was able to remain unscathed through the crash and came through for the victory.

He eventually finished his (to date) lone full-time Truck Series season in seventh place in the point standings.

Grala moved into the NASCAR Xfinity Series the following year. His full-time deal with JGL Racing fizzled out, but Fury Race Cars helped him compete in 22 of the 33 races that season. He’s driven part time for Richard Childress Racing in 2019.

Of all the drivers on this list, Grala’s youth and his deal with RCR make him the most likely to win a second career NASCAR race.

Reutimann actually scored a real win at Chicago the year after his Coca-Cola 340.5 win.

No one milked their single win more than Gilliland.