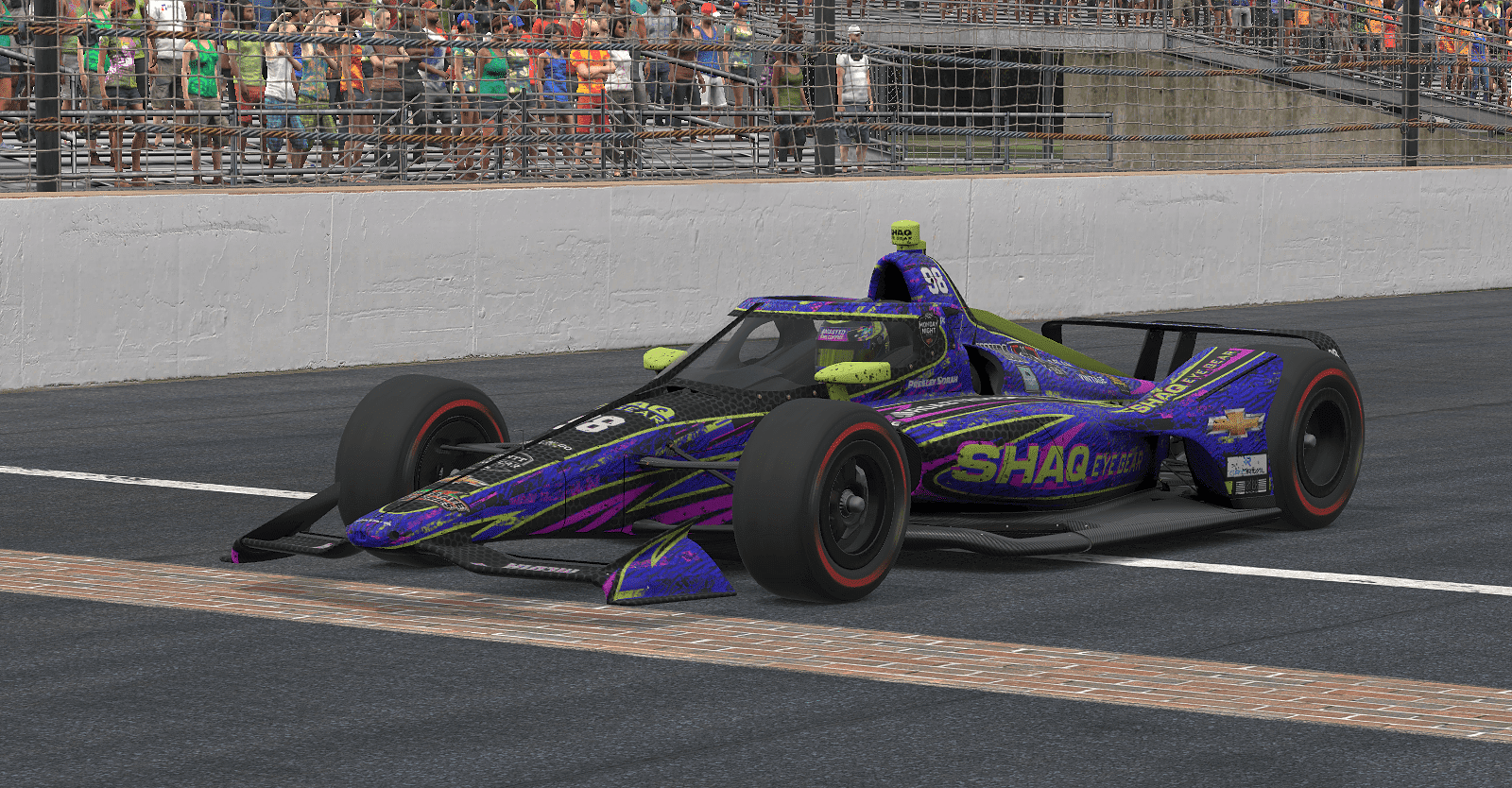 Sorah and Justin Melillo battled side-by-side with about 10 laps to go, but Melillo hit the outside wall late and slid down near the inside wall, leaving Sorah out front in clean air. Melillo lost several spots and finished ninth, his best finish of the year.

It was quite the drive for polesitter Sorah, who was posted for a restart violation at the start. He’ll join Garrett Smithley, Chase Cabre, Corey Heim and David Schildhouse in the playoffs.

Sorah won the pole but was tagged for a restart violation after the caution came out on lap 1. David Schildhouse, James Bickford, Corey Heim, Gabe Wood and Garrett Smithley all got caught up in a big wreck.

Reid Wilson flipped and Alex Labbe was also involved in this crash.

Chase Cabre, who qualified on the front row with Sorah, assumed the lead and held it until lap 16 when Ford Martin got by him.

After another caution for a crash, DJ Cummings went up and battled Cabre for the lead the next few laps until another big wreck on lap 30.

The leaders pitted, allowing Fern and Melillo to be up front. Unfortunately, a couple more cautions came out before the race even hit halfway, and race control ruled that there would be single file restarts from then on.

There was some tight racing after lap 45 between Fern, Cabre, Josh Bilicki and Cummings for the next several laps. Fern and Michael Fisher pitted around lap 58, while Melillo pitted sometime later.

It seemed like Melillo had a knack for pitting at just the right moments in the race, as the caution came out for a huge crash between Nick Olsen, Preston Pardus and Leighton Sibille. Olsen couldn’t avoid Sibille and Pardus wrecking in front of him and ended up hitting the portion of the inside wall that sticks out. Olsen’s car darted quickly back across the track and into the outside wall.

The leaders pitted, leaving Melillo as the leader with about 62 to go.

Two more caution flags waved, including one for Cabre who was running in the front of the field. He appeared to get his left front wheel on the apron area, near the grass, and lost it, sparking a big crash.

Bilicki and Cummings joined the fold with about 50 to go after the next restart. However, Bilicki made contact with Cummings, sending him into the outside wall. Race control gave Bilicki a black flag for a meatball (damage to his car), and eventually Bilicki pitted.

Melillo had to pit one more time with 32 laps left, just before the caution came out for Josh Slate and Seth Eggert. Since those in front of him also pitted during the caution, Melillo regained the lead on the next restart with about 27 laps to go.

But Sorah was on the move, slowly but surely picking away at each car in front of him until he got to second place with about 14 laps left. He eventually got alongside Melillo for the lead and held it after Melillo hit the outside wall.

Next week, the series heads to Canadian Tire Motorsport Park with the Next Gen cars. Coverage kicks off on Dec. 12 at 8 p.m. ET on Podium eSports’ Twitch or Frontstretch’s YouTube channel.