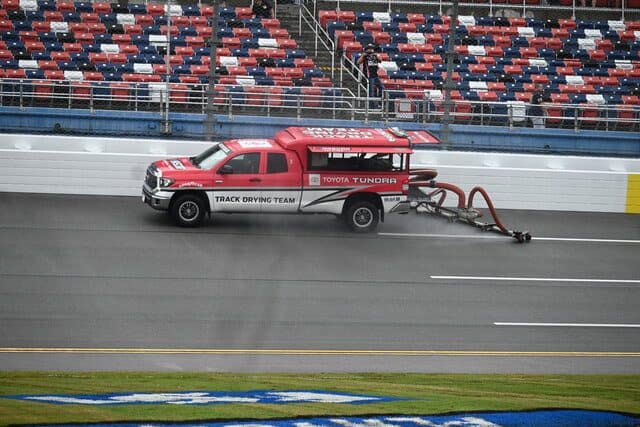 Heavy rain hit in the morning and a window appeared to be open for the 500-mile race to get started, but after a two-hours-late command, no sooner had the cars started rolling on pace laps when the rain hit again, coating the frontstretch and first and final turns in more precipitation.

According to weather.com, the chance for rain and/or storms ranges between 36% and 56% between noon and 7 p.m.

Drivers will be back in their cars and try again at 1 p.m. Monday, with coverage on NBC Sports Network.

Once again, NASCAR and NBC screw the fans with late start times. IMO, they weren’t going to make the scheduled distance anyhow before it got dark.

It was supposed to start at 1:00 local time.

Bill B
Reply to  Shayne

Would it have made a difference in this case? I got the impression that it was wet and drizzly all morning but, since I don’t live there, I really don’t know.

I thought it was a later start time. Sorry folks.