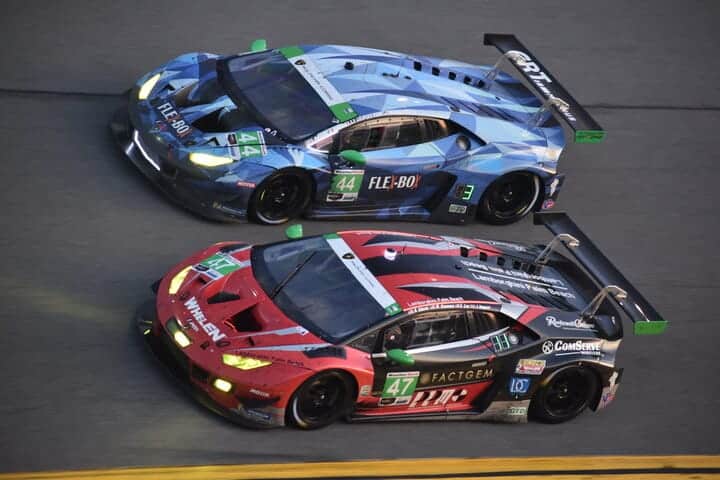 IMSA announced Tuesday (Aug. 10) that they have created the IMSA Diverse Driver Development scholarship program.  The goal is “promote and empower drivers from a variety of backgrounds to participate in IMSA-sanctioned series.”

On paper, the goals are similar to NASCAR’s own Drive for Diversity, but it is set up differently.  Candidates are required to have a strong desire to race in IMSA, a decent racing resume and a business plan to obtain remaining funding necessary to compete in either one of IMSA’s top three series (WeatherTech SportsCar Championship, Michelin Pilot Challenge, or Prototype Challenge).

“While there are examples of male and female drivers from diverse backgrounds that have won IMSA races and competed for championships over the years, we must strive for much more diversity and inclusion in our sport,” said IMSA president John Doonan Tuesday.  “The IMSA Diverse Driver Development Scholarship will facilitate the introduction and growth of new drivers who may currently believe that IMSA is out of their reach.”

In addition, they must also be a woman, or a member of one or more ethnic minority classifications.  They must also be legal residents of the United States, 18 and over when they apply as well.  There are also stipulations regarding conflicts of interest.  Finally, the selected winner must have a full-time ride for 2022.

The scholarship is worth up to $290,000 in the first year, which includes a premium entry in of IMSA’s top series (meaning full-time), free tires and fuel, a racing suit, racing seat and promotional headshots (with the potential for more).  In addition, they would have a dedicated IMSA account manager, and four General Admission tickets to every race for guests and/or sponsors.  They would also receive four passes per race for the IMSA WeatherTech Paddock Club for guests and/or sponsors.  For reference, the WeatherTech Paddock Club is a traveling club that goes from race to race where sponsors can be entertained.  It’s typically located in a decent place for on-track viewing with food and drink available.

IMSA Communications would provide training on social media and best practices for quotes, interviews, procedures, etc.  What that might look like could differ from candidate to candidate, though.

There would be articles about the scholarship winner’s progress during that first year at certain intervals.  When that would happen would be up to IMSA Communications.

Beyond the first year, the winning driver would retain a discount on a premium entry and an additional set of tires.  They would also retain an IMSA account manager, the complimentary tickets and WeatherTech Paddock Club passes.

As of now, IMSA does have a fair amount of ethnic diversity in their driver ranks, but a lot of the diversity comes from drivers coming in from outside of the United States.  American minority racers are fairly rare in IMSA ranks, but not non-existent.  Jaden Conwright drove in the Sahlen’s Six Hours at the Glen for NTe Sport in the GT Daytona class.  Conwright did very well, helping the team to finish fourth in class.

In regards to women, there are currently three women racing full-time in IMSA’s top three series.  They are Katherine Legge in WeatherTech, current TCR points leader Taylor Hagler in Pilot Challenge and Courtney Crone in Prototype Challenge.  Christina Nielsen was supposed to be teamed up with Legge full-time, but funding issues forced Team Hardpoint/EBM to cut down to one car.

While the announcement was made Tuesday, the application process officially began Friday when the application went live on IMSA’s Diversity website.  Applications will be accepted through the end of the month.  The current plan is to notify the winner of the 2022 scholarship by Nov. 5.  That winner’s identity would likely be revealed to the general public during the season-ending Motul Petit Le Mans weekend at Michelin Raceway Road Atlanta the week after that.

LOL. The charge to distance themselves from their origins continues to gain momentum.