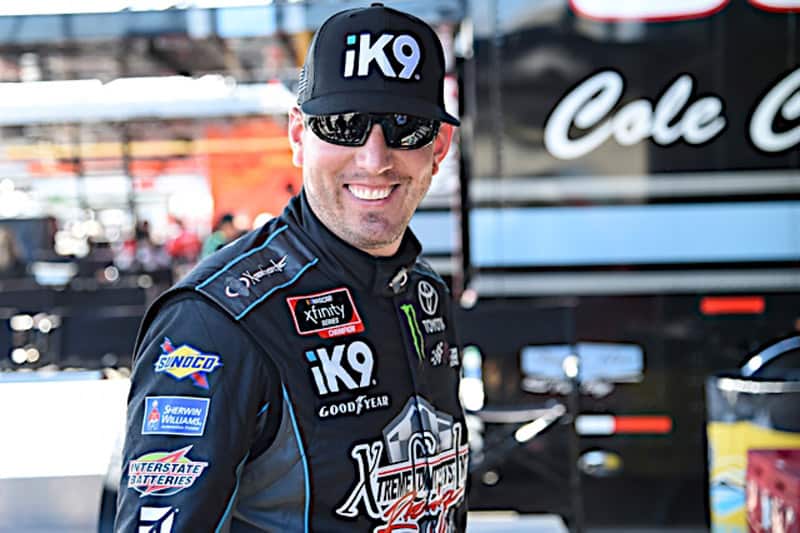 Friday saw Noah Gragson somewhat bummed out at Kyle Busch‘s pace in relation to the rest of the field.  Saturday saw the whole field mirror that reaction as Busch won the pole for the Zippo 200 with a lap at 124.054 mph.

Busch’s lap was a full two-thirds of a second faster than Team Penske’s Austin Cindric in second.  Ryan Blaney, who will start third, was more than a second off of Busch.  Christopher Bell qualified fourth, while Tyler Reddick was fifth.

Busch swept both rounds of qualifying, turning in the fastest lap of the first round at 122.544 mph.  Even then, he had a significant advantage over the field, then picked up more than three-quarters of a second.

Round No. 1 was halted less than two minutes in when Vinnie Miller appeared to blow the engine of his Pit Viper Sunglasses Chevrolet Camaro in turn 2. After oiling down the track, Miller then spun and nosed into the Armco barrier.  Miller was ok, but the session was red-flagged for roughly 15 minutes for cleanup.  Miller did not set a time before his crash/oil down, so he will start at the rear of the field.

There were a couple of notable drivers that were unable to make the final round of qualifying.  Cole Custer was knocked out of the top 12 just as time expired by Clements.  He will start 13th.  The aforementioned Gragson ended up qualifying 18th.  Ross Chastain will start 19th, while John Hunter Nemechek will start 20th.

With only 37 cars entered, no one will fail to qualify.  The BJ McLeod Motorsports No. 78 team will have a thrash in order to get the car repaired after the crash.

Coverage of the Zippo 200 is scheduled to start with Countdown to Green at 3 p.m. on NBC.  Race coverage will begin at 3:3o.

Another Busch series benefit for Busch so he can play King John to nobody’s Robin Hood.