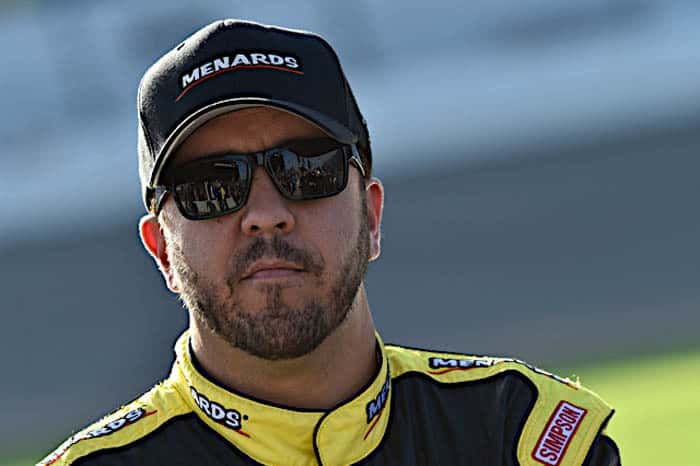 But sometimes, the regulars prevail, too. Just ask Matt Crafton.

In Wednesday night’s (July 19) Eldora Dirt Derby 150, the fifth held at the Ohio dirt track in the series, Crafton emerged victorious after a two-hour, 150-lap marathon of an event that saw all kinds of cautions, spins and mangled trucks by race’s end.

The win snapped a winless streak for the driver of the No. 88 that dated back to May 2016 (Charlotte Motor Speedway), owed in part to the multi-time Truck Series champion’s entry in multiple dirt track events across the country to prep for the series’ lone dirt race of the season.

He had to hold off an accomplished dirt racer in Stewart Friesen for the victory. But Friesen ended up second, by far the best finish of his series career; he ran his first Truck Series event at last year’s Eldora race.

Bobby Pierce, who entered the race a favorite in the No. 63 but struggled throughout the week, squeezing into the event by having to win the last chance qualifier and getting involved in two different wrecks toward the main race’s beginning, ended up sixth.

Bell, also a favorite heading into the race, received a large indentation on the right side of his truck after contact with Kaz Grala. He eventually made his way back to the front of the field by stage three before ending up ninth.

The top two finishers were also the winners of the first two stages during the race: Crafton (stage one) and Friesen (stage two).

Crafton works his way into the Truck Series playoffs with his first win of the season, joining Nemechek, Bell, Grala and Johnny Sauter.

The series travels next to Pocono Raceway next weekend, running July 29 in the Pocono Mountains 150.

Should be called the ELDORA DUST BOWL DERBY 150.