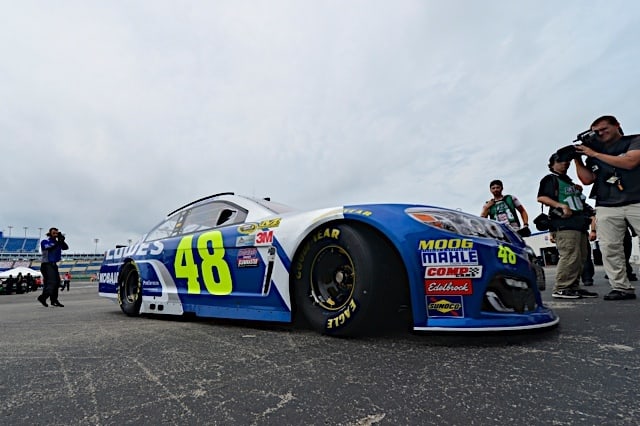 Entering the Chase as an underdog – or at least as much of one as he’s ever been – six-time Sprint Cup Series champion Jimmie Johnson has something to prove in this season’s Chase. The six-time champion took the first steps toward showing he can contend by pacing opening practice at Chicagoland Speedway.

Johnson’s 29.383-second circuit stood as the top time in Friday’s lone practice for the Teenage Mutant Ninja Turtles 400, the first race of the 2016 Chase.

Chase contenders Austin Dillon, Kevin Harvick and Matt Kenseth ended the session just outside of the top 10 in 11th-13th.

The Sprint Cup Series will return to Chicagoland on Saturday for second practice at 10:30 a.m. ET.