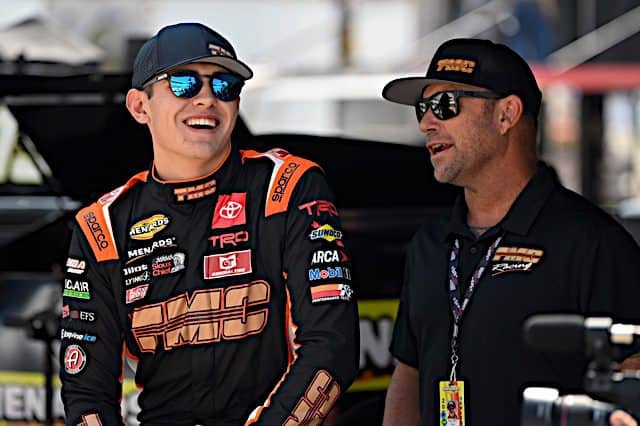 Smith will make his ninth career Xfinity Series start, but his first one at Phoenix.

After running up front at Martinsville Speedway, Brandon Jones was second followed by Ty Gibbs in third. Gibbs posted the fastest time of the Championship 4 drivers.

In fact, none of the other Championship 4 drivers – all JR Motorsports entries – made it into the top 10.

Justin Allgaier was 12th, Noah Gragson was 13th and Josh Berry was 14th.

The session had two red flag periods. Early on, Matt Mills spun in turn 2 and avoided contact. Later on, Joe Graf Jr. slid into the wall in turn 1, damaging his Ford.

Because 39 drivers are entered, one will fail to qualify for the Xfinity season finale.

Yeah toyota has their best illegal cars running at Phoenix.