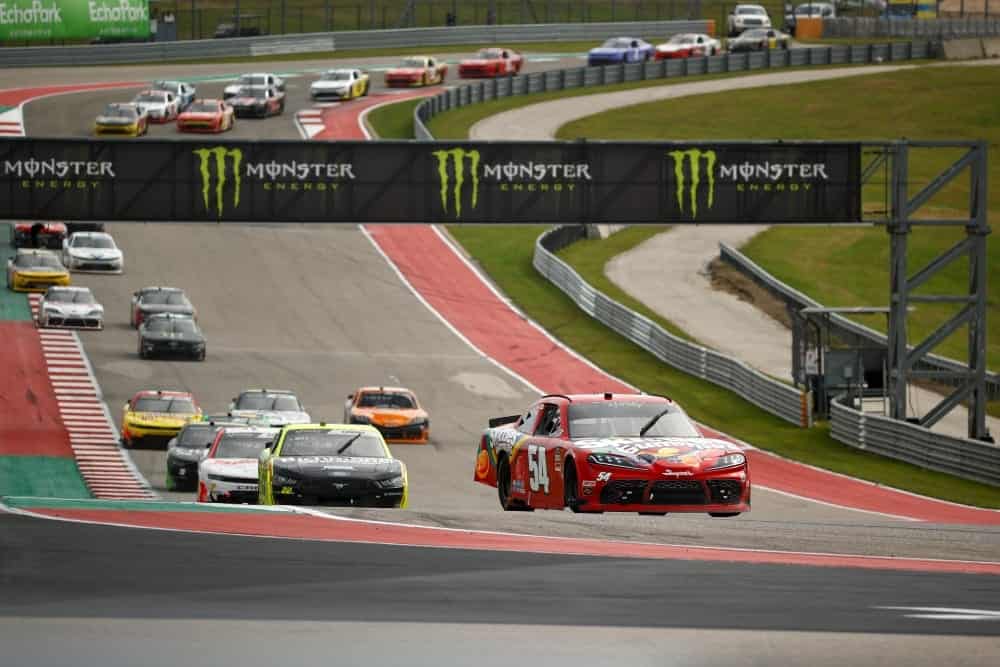 A total of 42 cars will attempt to qualify for the NASCAR Xfinity Series’ first road course race of the season, coming this weekend at Circuit of the Americas.

With 42 entered, four will fail to qualify, barring any entry list changes.

Scott Heckert returns to BJ McLeod Motorsports, driving its No. 5, which has been piloted by Matt Mills and Nick Sanchez so far in 2022.

Parker Chase will attempt his Xfinity debut in Sam Hunt Racing’s No. 26.

Patrick Gallagher returns to the series for the first time since 2019 in RSS Racing’s No. 28; he was initially announced for No. 38.

Patrick Emerling is entered in Emerling-Gase Motorsports’ No. 35 for the first time in 2022.

Will Rodgers will drive the No. 38.

Josh Bilicki makes his first start of the year for Alpha Prime Racing, driving the No. 45.

Means Racing’s No. 52 is entered, but without a driver at this time.

For the first time in 2022, JR Motorsports’ fifth car, the No. 88, is entered, with Miguel Paludo driving.

DGM Racing’s Nos. 91 and 92 will be driven by Preston Pardus and Ross Chastain, respectively.

Joe Graf Jr. switches again to the No. 08 for SS-Green Light Racing, while Cole Custer is back in the No. 07.