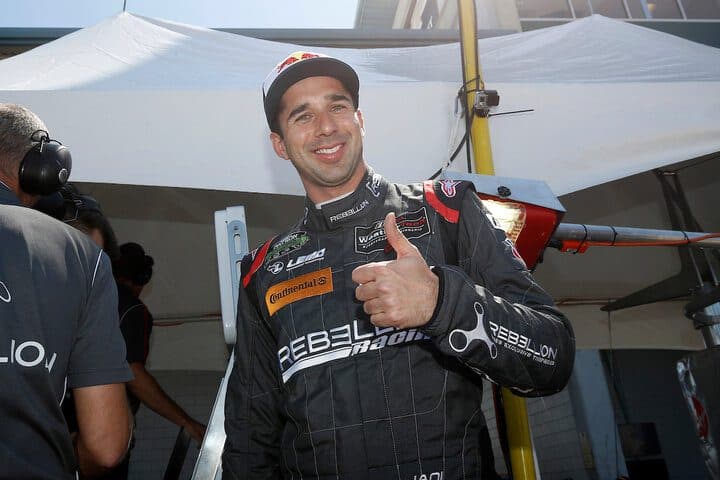 Chip Ganassi Racing announced Monday (March 14) that Neel Jani will join the team as part of the driving lineup of the No. 02 Cadillac DPi-V.R. in this weekend’s Mobil 1 12 Hours of Sebring.  Jani will replace Kevin Magnussen, who was originally entered in the car.  Magnussen has a very good reason why he will not be able to be in Sebring this weekend.

“I am fortunate to have the opportunity to run with a renowned team like Chip Ganassi Racing, while returning to one of my favorite tracks and races in the Twelve Hours of Sebring,” Jani stated in a press release.  “I’m eager to work with Alex Lynn and team up with a familiar face in Earl Bamber as we go for the checkered in the No. 02.”

Sebring will mark Jani’s fourth career start in the IMSA WeatherTech SportsCar Championship since the ALMS/Grand-Am merger.  He has not raced a prototype in IMSA since 2017, when he drove for Rebellion Racing at Daytona and Sebring in an ORECA 07-Gibson (Note: At the time, the Prototype class was a combined class with the current DPis and the LMP2 cars).  Jani finished eighth at Daytona and ninth at Sebring.  The Sebring weekend wasn’t a complete loss as Jani claimed the overall pole for the 12-hour race.

The last time that the Swiss racer competed in IMSA was in the Mobil 1 12 Hours of Sebring in Nov. 2020.  Back then, Jani drove a factory Porsche in the now-defunct GT Le Mans class, finishing second in class.

Jani served as a Porsche factory racer from 2014-2021, competing in the FIA World Endurance Championship and the ABB FIA Formula E World Championship.  In the WEC, Jani won the LMP1 World Championship in 2016 in the Porsche 919 Hybrid alongside Romain Dumas and Marc Lieb.

Jani has five career starts at Sebring between IMSA and the American Le Mans Series.  Jani’s best finish was third overall in 2013, driving a P1-class Lola B12/60-Toyota for Rebellion Racing.