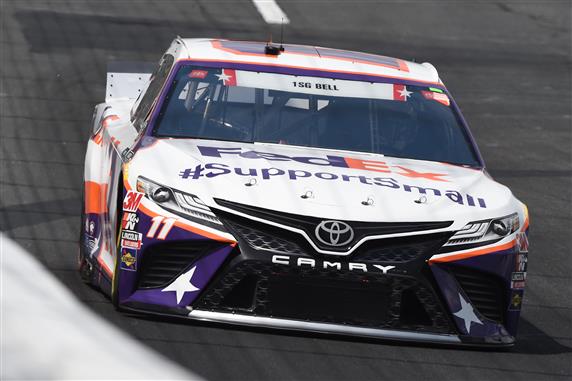 Chris Gabehart, crew chief for Denny Hamlin in the NASCAR Cup Series, has been suspended for the next four races of the season after losing ballast from his car Sunday (May 24) at Charlotte Motor Speedway.

As Hamlin was leaving pit road, two ballasts fell out of the No. 11 car, with Aric Almirola hitting one of the ballasts while trying to avoid the other one that fell out.

As a result, Gabehart, along with car chief Brandon Griffeth and engineer Scott Simmons, have been suspended for the next four races. The next race that Gabehart, Griffeth and Simmons can be at the race track is at Homestead-Miami Speedway, where Hamlin won the iRacing Pro Invitational Series race this season.

Hamlin finished 29th at Charlotte, seven laps off the leaders.