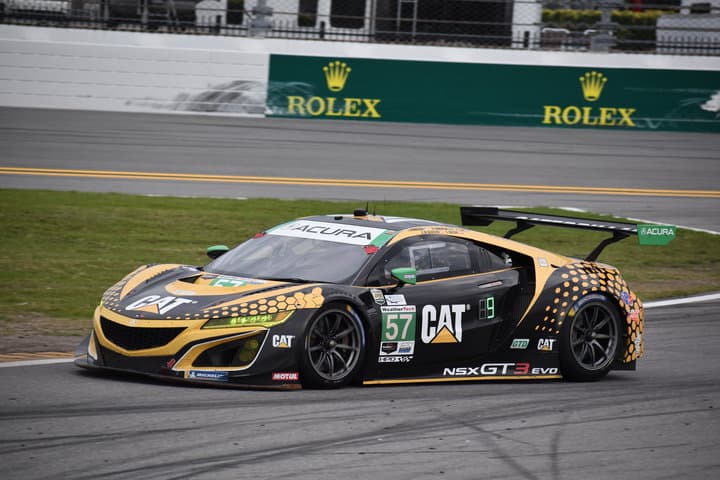 Heinricher Racing announced Monday (Dec. 9) that they will continue their relationship with Meyer Shank Racing for a second straight year.  The team will not continue with their all-female driver lineup, though.  Replacing Katherine Legge and Christina Nielsen will be Alvaro Parente and Misha Goikhberg for the full season in the No. 57 Acura NSX GT3 Evo.  In addition, 2019 GT Daytona class co-champion Trent Hindman will be in for the four Michelin Endurance Cup races.  Finally, AJ Allmendinger will return to the team for his 14th Rolex 24 while also serving as an analyst for NBC Sports.

“It’s great to have Jackie and Heinricher Racing back with us this year,” team co-owner Mike Shank stated.  “Jackie put an impressive program together last year and has worked hard to bring this program together for 2020. Jackie is one of the few female leaders in motorsports with a clear, long term vision of what she wants to accomplish in the sport. This year we are focusing on getting results, podiums and wins for our sponsors Heinricher Racing and with this lineup we can make that happen.”

The program will happen in 2020 without the support of Caterpillar (see above).  The heavy equipment manufacturer chose to leave IMSA at the end of 2019.  No sponsorship was announced in the press release, but additional announcements should be forthcoming.

Parente returns to the Shank fold after racing part-time for the team in 2018 alongside Legge in the No. 86 Acura.  In nine starts, Parente and Legge took victory at Laguna Seca and had four second-place finishes.  Those performances helped take Legge to second in GT Daytona points.  Despite missing a couple of races, Parente’s performance was still good enough for sixth in points.

Parente returns to the fold after racing for K-PAX Racing in Blancpain GT World Challenge America competition in 2019.  Along with Andy Soucek, Parente took four victories and only finished worse than third twice all year.  Despite that performance, Parente and Soucek finished second in points behind R. Ferri Motorsport’s Toni Vilander.

For Goikhberg, 2020 will be a new experience for him.  While Goikhberg does have past experience racing in Trans-Am, he has no experience in IMSA GT racing.  He comes to the No. 57 Acura after spending the last six years racing for JDC-Miller MotorSports, first in Prototype Challenge, then in the Prototype/DPi class.  Goikhberg has three career class victories, including an overall win in the 2018 Sahlen’s Six Hours at the Glen.  He comes to Heinricher Racing after a middling season in JDC-Miller MotorSports’ No. 85 Cadillac.  His best finishes were a pair of fifths at Daytona and Detroit en route to a fifth-place finish in points.