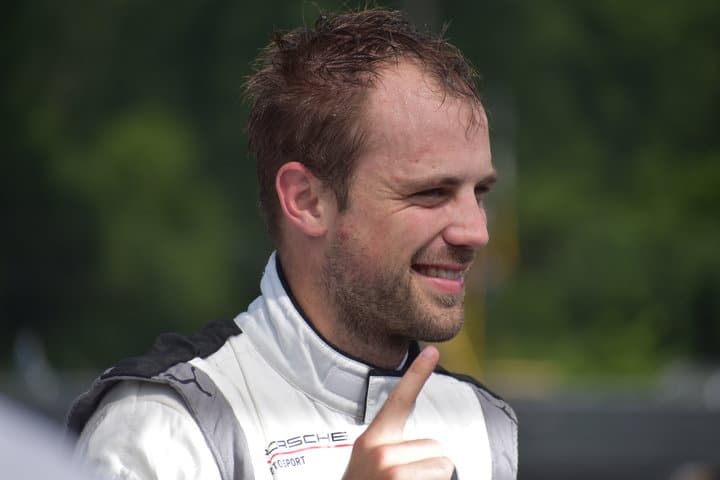 “I think [the car] is very good,” Vanthoor told Frontstretch after the session.  “Ever since we came up with this mid-engined RSR, I think we’ve been on the front row all three years.  The track suits us really well and that seems to be the case once again.”

Nick Tandy had been the fastest man in two practice sessions on Friday and in the pre-qualifying warm-up.  He managed to go two-tenths of a second faster than he did in the warm-up, but that was only good enough for second, half of a tenth of a second slower than Vanthoor.  Regardless, the front row sweep puts Porsche in perfect position to potentially snag their sixth straight class victory.

In GT Daytona action, Meyer Shank Racing with Curb-Agajanian’s Trent Hindman claimed his third pole of 2019 with a lap at 103.125 mph.   Like in the GT Le Mans class, Hindman’s lap is a new GT Daytona track record, but only by about three-hundredths of a second.

Hindman’s lap on Saturday was only two-hundredths of a second faster the Mercedes of Riley Motorsports’ Ben Keating.  Corey Lewis will start third for Paul Miller Racing, which considers Lime Rock Park to be one of their home tracks (the team is officially based in Georgia, but owned by Paul Miller, who owns a number of car dealerships in New Jersey).  Turner Motorsports’ Robby Foley will start fourth despite having some issues in the Alternate Uphill during the session.  PFAFF Motorsports’ Zacharie Robichon will start fifth in the best of the Porsches.

The Northeast Grand Prix is set to go green around 3 p.m. Saturday afternoon.  The race will be streamed live at NBCSports.com and on the NBC Sports App.  You must sign in with your appropriate cable, satellite or telco credentials to be able to watch live.  Tape delayed coverage of the race will air Saturday night at 9:30 p.m. on NBCSN after the NTT IndyCar Series Iowa 300.