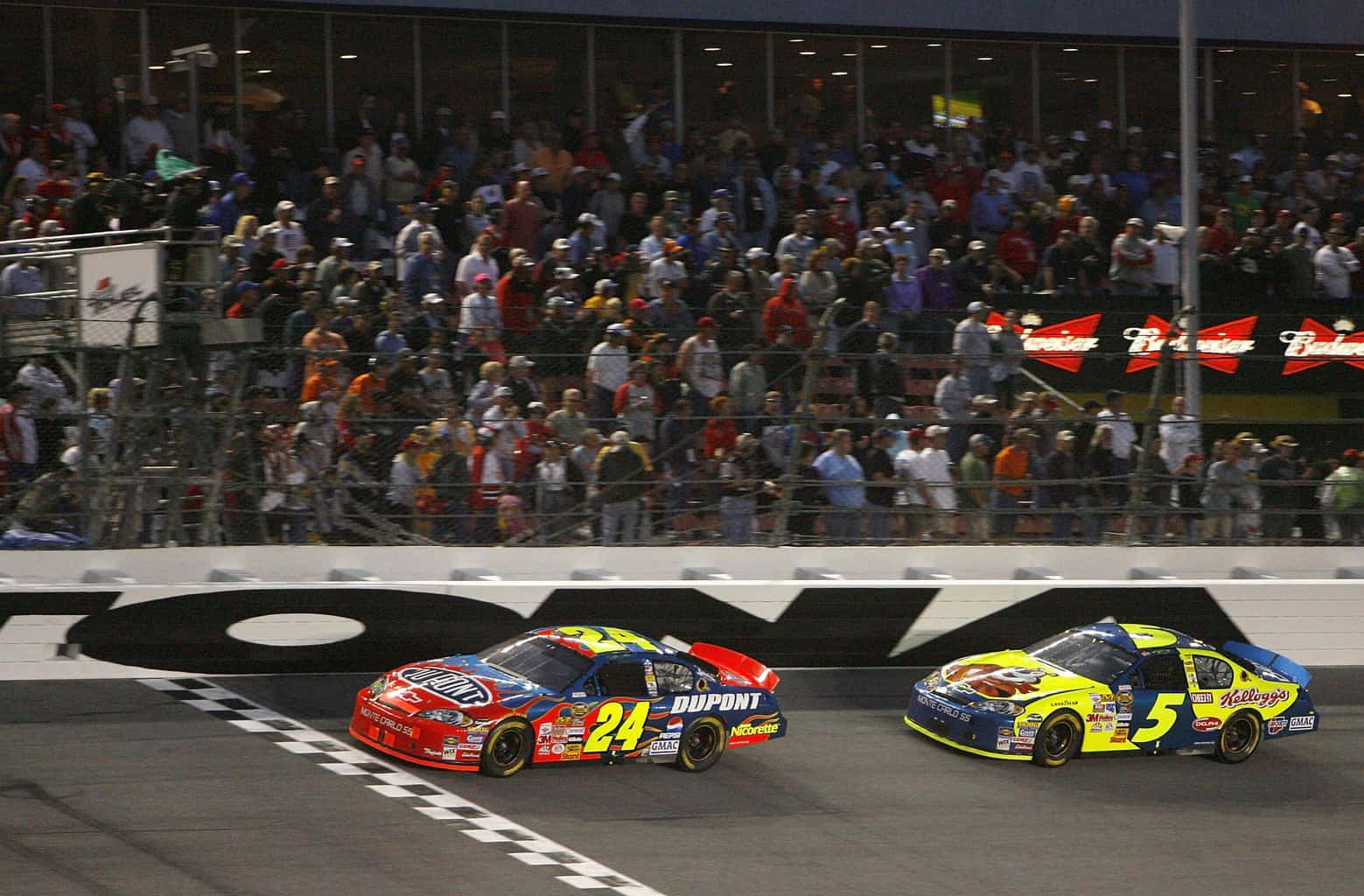 Kyle Busch’s fast start to the 2019 NASCAR season has been well-documented.  Through the first nine races in the Monster Energy NASCAR Cup Series, he has earned three wins, six top fives and nine top 10s.  He has also led 599 laps and posted an average finish of 3.9.  As great as Busch’s 2018 season was, 2019 is shaping up to be even better.

In fact, Busch could be on pace for a historic season.  If he keeps up this level of performance, he can finish the year with 12 wins, 24 top fives and 36 top 10s.  In the hyper-competitive world of NASCAR, where minor mistakes can make a big impact on finishing position, earning a top 10 finish every single week isn’t realistic.  But it is not so far-fetched to believe that Busch can have 12 Cup Series wins in 2019.  By the end of the year, he could be close to challenging a NASCAR record.

Since the beginning of NASCAR’s modern era in 1972, no driver has won more than 13 races in a single season.  Richard Petty was the first to set the current record in 1975.  During the 30-race Cup Series season, Petty won 13 times and posted an average finish of 6.6.  He also claimed his sixth Cup Series championship.  In 1998, Jeff Gordon scored 13 wins on his way to his third Cup Series title.  Gordon and Petty have held the record jointly ever since.

Gordon’s 1998 season, in particular, is often held up as the greatest single-season performance of the Modern Era.  To go along with his wins, Gordon claimed 26 top fives, 28 top 10s and seven poles in 33 races.  His average finish of 5.7 just surpasses Petty’s from 1975.

It was a truly remarkable season for Gordon, especially because of the limited success of his closest peers.  For instance, Hendrick Motorsports won only one other race that year, courtesy of Terry Labonte at Richmond Raceway.  Chevrolet as a whole won only two additional races: Dale Earnhardt’s long-awaited triumph in the Daytona 500 and Bobby Hamilton’s dominant victory at Martinsville Speedway.  Drivers like Dale Jarrett, Rusty Wallace, Jeff Burton and particularly, Mark Martin all had fine seasons.  Martin won seven times in 1998, a personal best.

But no one could touch Gordon and the No. 24 team, who beat Martin for the championship by 364 points.  Under the Latford System, that equals about two full races worth of points.

Is Busch truly on pace to have a season of that caliber?  Can he win with enough frequency to break a record that has only been matched once in 44 years?  Not to mention that Busch has to deal with the playoffs.  He cannot expect to win the championship by building up a big points lead for late in the season.  Does the looming threat of the playoffs make it more or less likely that Busch will break Gordon and Petty’s record?

If there is any lesson that Busch can draw from Gordon in 1998, it is that the No. 24 team did not rest on its laurels.  Fans might be surprised to learn that, nine races into the 1998 season, Gordon was not leading the points.  While he had earned his first two wins of the season at Rockingham and Bristol, he also got swept up in an early accident at Texas Motor Speedway.  The poor finish there, plus a few other mid-pack results, left Gordon 98 points behind Wallace for the lead.

Gordon’s excellence came later in the season, particularly the last 20 races.  On his way to winning the title, he claimed 10 wins and 19 top fives.  Except for a seventh-place result in Phoenix, Gordon finished in the top five in every single remaining race.  He also had a stretch of nine races which included seven wins, four of which came in a row.  While he may have started 1998 off well, it was Gordon’s ability to get better that made his season truly historic.

If Busch is going to challenge Gordon’s and Petty’s record, he has his work cut out for him.  The No. 18 team will need to win 11 times in the next 27 races to break the record.  Doing so would require Busch to win races at a rate of 40.74%.  Since he’s already been winning at a rate of 33.33%, he would need to take a page from Gordon’s book and improve as the year progresses.  For comparison’s sake, Gordon won at a rate of 22.22% in the first nine races of 1998, but his winning percentage over the last 24 races jumped up to 45.83%.

Suppose that, from now until the playoffs begin, Busch does win at a rate of 40.74%.  In the next 17 races, he would earn an additional 6.93 victories to go along with the three he already has.

For argument’s sake, we’ll round 6.93 up to seven.  Those seven wins would give Busch an additional 35 playoff points to go with the 20 he has already banked.  Even if the No. 18 team fails to win another stage or drops out of the top 10 in points, Busch would take 55 playoff points into the postseason, which would give him a very good chance of reaching the championship race.

In this scenario, Busch would still need to win at least four playoff races to break the record.  If the No. 18 team were to earn an early round win or two, that would be doable.  But suppose Busch has a bad finish at Martinsville in October and loses most of his points cushion during the round of eight?

Does the No. 18 team play the next two races conservatively, focusing on the championship above all else?  Or, knowing that a win will grant him automatic passage to Homestead and bring him closer to the record, does Busch go for broke and aim for Victory Lane?

For most of the season, pursuing the wins record and the championship will go hand in hand for Busch.  But circumstances late in the playoffs could force the No. 18 team to make some difficult choices with a championship on the line.

That said, even getting close to the record will require Busch to follow Gordon’s example.  It seems like a lifetime ago that the two drivers were teammates at Hendrick Motorsports.  Since moving to Joe Gibbs Racing, Busch has enjoyed plenty of success, though he has a long way to go if he hopes to match Gordon’s 93 wins and four championships.  Breaking the Modern Era single-season wins record would be a great accomplishment for Busch, and it is a story worth following as the 2019 season continues.