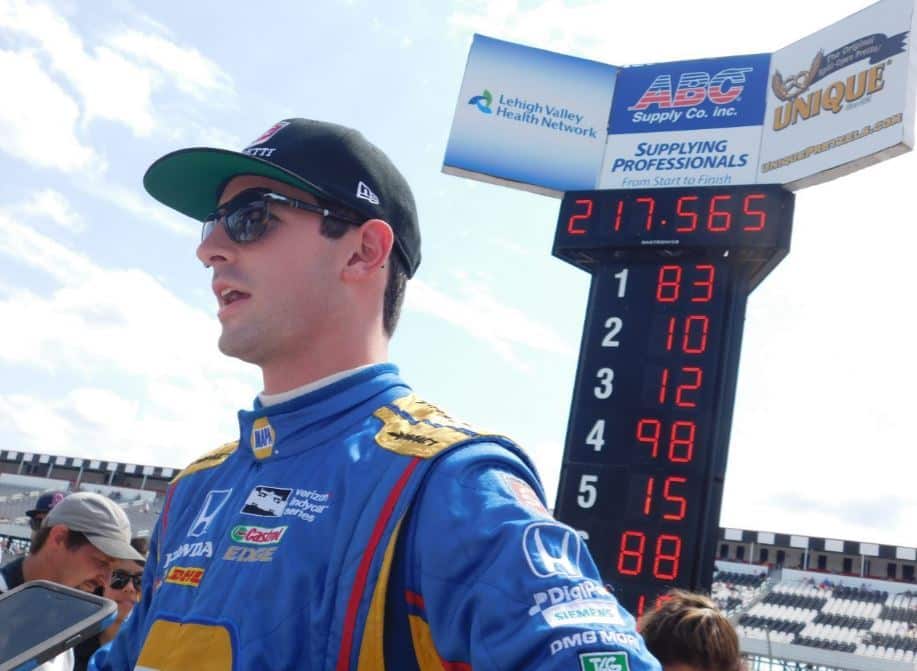 There are no full-time driver changes for the upcoming season, but there has been a change in the endurance lineup: Andretti Autosport’s Alexander Rossi has been signed to drive the team’s No. 7 Acura ARX-05 alongside regular drivers Helio Castroneves and Ricky Taylor.

“I have watched and raced against Team Penske in INDYCAR and I have a lot of respect for the organization and what they do and how they do it,” Rossi said in a press release.  “I really appreciate Andretti Autosport for allowing me the opportunity to represent Acura in some of the biggest sports car races in the world.  I can’t wait to work with Helio and Ricky, to learn from them and hopefully contribute to some wins and a championship for Acura Team Penske.”

Rossi is a known quantity to Honda from his time in INDYCAR.  ll 50 of his INDYCAR starts have been made in Honda-powered cars.

“Alexander will be a great addition to the Acura Team Penske lineup in 2019 and all of us at Acura are very excited about our prospects for the coming season,” said Art St. Cyr, president of Honda Performance Development.  “When you add Alexander to the experienced team of Helio, Ricky, Juan and Dane – and with Simon returning for the endurance events – we are extremely proud of the talented and accomplished Acura Team Penske driver lineup.

“We look forward to our second opportunity to win the Rolex 24 at Daytona in the ARX-05.  Alexander has been a great representative of Honda in the IndyCar Series, from his Indy 500 victory in 2016 to competing for the title this past season.  We are pleased to have this opportunity to build our relationship with him through our sports car program.”

Rossi will replace fellow INDYCAR racer Graham Rahal in the No. 7 Acura.  As of now, he’s only confirmed for Daytona and Sebring.