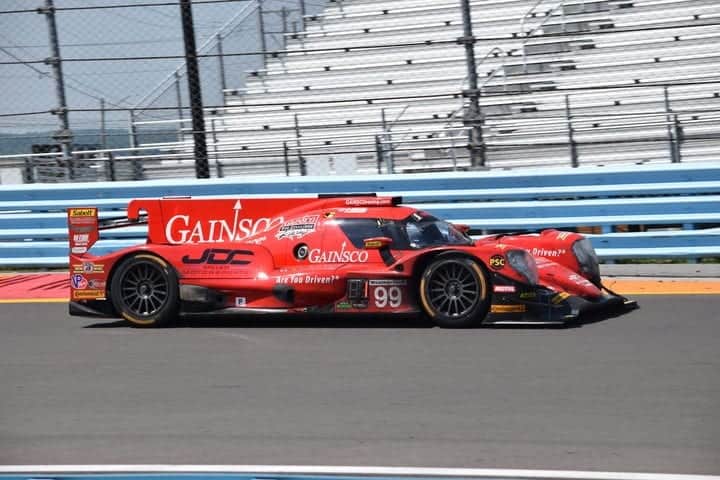 At Road America Friday (Aug. 3), IMSA held their annual State of the Series press conference.  As usual, there were a flurry of announcements made.

The biggest of those moves is the decision to split the Prototype class starting in 2019.  Starting with January’s Rolex 24 at Daytona, the DPis and Global LMP2 cars will be in separate classes.  The two classes will no longer be balanced together.  Instead, the DPis will be balanced with each other.  There will be no Balance of Performance in LMP2 since everyone already runs the same engine and theoretically should have similar performance.

In addition, the new LMP2 class will be a Pro-Am class with the same driver ranking rules as GT Daytona.  That means that there is a minimum of one silver or bronze-rated driver required for sprint races.  Endurance race driver lineups will be skewed more toward amateur lineups than professional lineups.  Also of note, there will be a strict maximum of one platinum-rated driver with an LMP2 team at any time.  That technically puts the LMP2 class in line with other series such as the FIA World Endurance Championship and the European Le Mans Series.

The 2019 schedule was also released.  There are no new races on the schedule and two date changes.  The VIR round in August has been moved back one week, putting it back where it was in 2017.  In addition, the race at WeatherTech Raceway Laguna Seca has been moved back a week as well.  That move puts the race on back-to-back weekends with the INDYCAR season finale, which moves to the Salinas-based road course next year.

The Belle Isle Park round is currently in provisional status because the race weekend does not have state approval yet as of this writing.

Friday saw the new name for the CTSC unveiled.  Starting in 2019, it will now be known as the IMSA Michelin Pilot Challenge.  Pilot is a type of tire that Michelin makes.

For 2019, the biggest change in the Michelin Pilot Challenge will be the elimination of the Street Tuner class.  That was announced last year and was not a surprise to anyone.  The class has operated as a lame duck in 2018.

The schedule is more or less a carbon copy of 2018.  10 races, mostly two hours in length with two four-hour events (Daytona and Watkins Glen).

The IMSA Prototype Challenge presented by Mazda in 2019 will have six races once again.  The newest wrinkle here is the introduction of two three-hour events into the schedule.  Those will be held at Daytona International Speedway (as part of the Roar Before the 24) and Canadian Tire Motorsports Park in July.  Aside from the season opener at the Roar, the other five events will run as support races to the IMSA WeatherTech SportsCar Championship.