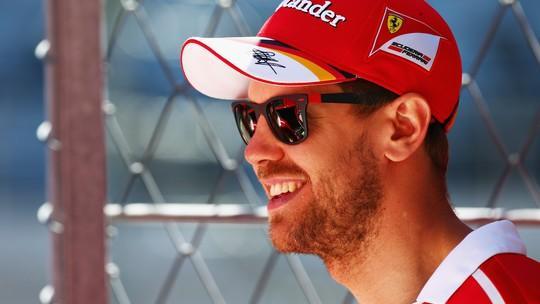 Sebastian Vettel found his ground in Friday Practice for this weekend’s British Grand Prix, by taking the second session with a time of 1:27:552, ahead of Lewis Hamilton and Valtteri Bottas at the Silverstone International Circuit in Northhamptshire, England. Vettel had his time 0.187 seconds fastest than Hamilton’s, but it was not the best time of the day, as Hamilton recorded a 1:27:487 in the morning round.

For the Red Bulls, who were coming off a high in the last round in Austria, Daniel Ricciardo took fifth for the day, but in the afternoon, his teammate Max Verstappen, was not so fortunate. The Dutchman had only 20 minutes left in the session, when he spun off at Luffield corner and went backwards into the barrier, damaging his rear suspension and red flagging the rest of the session. It wasn’t any easier for Verstappen as his RB 14 crawled to a halt earlier in the morning when a gearbox failure caused him to cut his opening session short.

The American Haas F1 Team meanwhile, their memories like of Red Bull, were brought back to reality as Romain Grosjean brought out a virtual safety car midway through the opening session when his car crashed into turn one. Because of this incident, Grosjean would miss the second session. For Kevin Magnussen, the Dane managed to finish both sessions, but could not do any better than 12th.

Other incidents occurred during the day, as Pierre Gasly was another victim of a gearbox failure in the second session, along with Sauber’s Charles LeClerc spinning off on the wet grass at Brooklands.

Despite having a spin earlier in the morning, Kimi Raikkonen was fourth fastest of the day, while Fernando Alonso, despite his team having a complete reshuffle earlier in the week, proved that the McLaren could still work by taking sixth. Nico Hulkenberg returned to better form than last week, by finishing in seventh, while the two Force India’s of Esteban Ocon and Sergio Perez were eighth and ninth, respectively. LeClerc, despite his earlier spin, still finished in the top ten.

The elevated temperatures could get tougher later in the week as the race day predicted air temperature will be 86 degrees. This could prove like in Austria to be tough on the track and on the tires, which could have adverse effects.

Ferrari has brought a new updated floor to Silverstone and that seems at least in part to have offset Mercs earlier upgrades. Hard to believe that this high speed circuit wont favor Mercedes however.