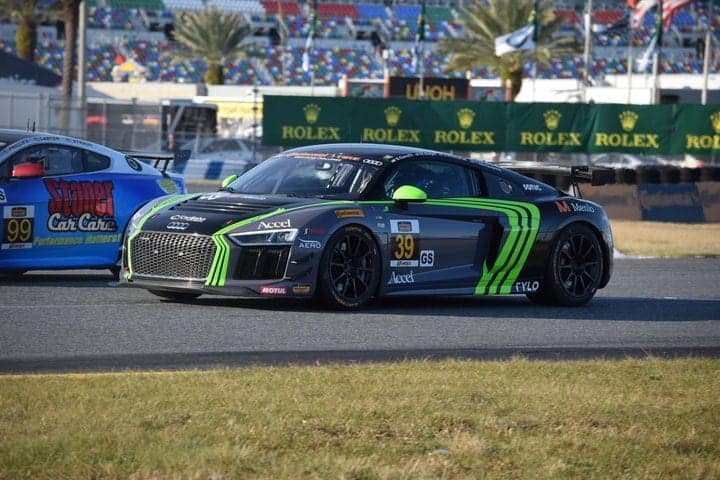 The IMSA Continental Tire SportsCar Challenge returns to action this weekend at Mid-Ohio Sports Car Course after being off for six weeks after Sebring.  36 teams in three classes will take on the 2.25-mile road course, a reduction of one entry from Sebring.

The Grand Sport class has 24 entries, down two from Sebring.  At Classic BMW/Fast Track Racing, Toby Grahovec has a new teammate in the No. 26 BMW M4 GT4.  Ray Mason is listed as Grahovec’s teammate for the weekend, replacing Jayson Clunie.  Mason actually raced against Grahovec just last weekend in the Pirelli World Challenge GTS SprintX races at VIRginia International Raceway.  The team’s No. 72 BMW is not entered.

At Carbahn Motorsports, Mark Siegel will share the No. 39 Audi R8 LMS GT4 with Jeff Westphal.  Siegel replaces Tyler McQuarrie, who indicated to Frontstretch back in January at Daytona that he will drive in only eight of the 10 races this season in the car.

In addition, since the last race at Sebring, Winward Racing/HTP Motorsport announced that the No. 57 Mercedes-AMG GT4 of Indy Dontje and Bryce Ward will now contest the full schedule.  The team originally announced a four-race schedule for the No. 57.  However, the No. 3 Mercedes that has been shared by Craig Lyons and Kris Wilson is currently not entered.

In TCR, there are seven teams entered.  JDC-Miller MotorSports has returned to the series with their No. 54 Audi RS 3 LMS Club Sport after missing the first two races.  The team planned to race full-time, but Michael Johnson crashed hard and suffered a broken leg during the Roar Before the 24.  Johnson has recovered and is scheduled to be back in the car alongside IMSA WeatherTech SportsCar Championship regular Stephen Simpson.

Street Tuner still has only five entries.  The only driver change of note is in MINI JCW Team’s No. 52.  Colin Mullan will make his series debut in the No. 52 alongside Mark Pombo, replacing Jared Salinsky.