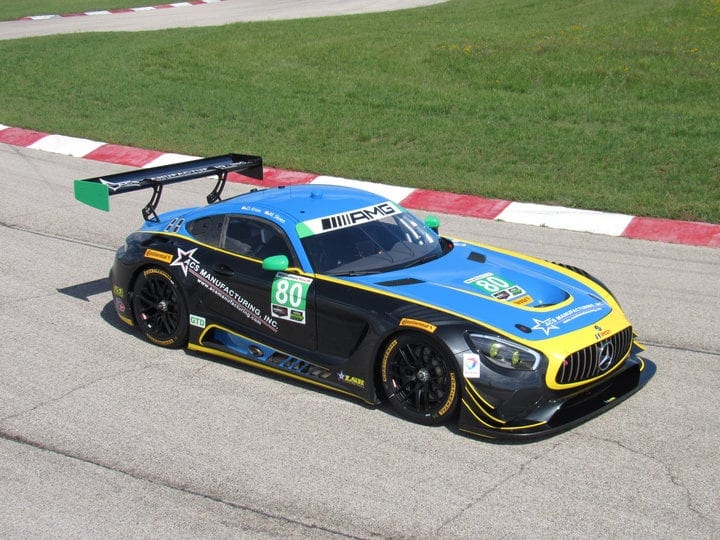 On Saturday morning, Lone Star Racing’s Mike Skeen claimed the overall pole for Round No. 1 of Pirelli World Challenge’s GT SprintX Championship at Circuit of the Americas.  Skeen got his Mercedes-AMG GT3 around the 3.4-mile road course in a time of 125.664 seconds (97.403 mph) to put the Lone Star Mercedes on pole in their home race.

Skeen’s lap was nine-hundredths of a second faster than K-PAX Racing’s Àlvaro Parente.  Parente’s No. 9 Bentley is a spare chassis that the K-PAX Racing team has built up in the past couple of weeks after Parente’s huge crash at St. Petersburg.

R. Ferri Motorsport’s Toni Vilander will start third in the fastest of the Ferraris, followed by TR3 Racing’s Wei Lu, who was fastest in the Pro-Am category.  St. Petersburg double winner Scott Hargrove will start fifth in the Pfaff Motorsports Porsche.

In Pro-Am, Lu’s lap of 126.259 seconds (96.944 mph) was six-hundredths of  a second faster than K-PAX Racing’s Rodrigo Baptista.  TruSpeed AutoSport’s Parker Chase was third quickest, but more than a half-second off of both Lu and Baptista.  Black Swan Racing owner/driver Tim Pappas was fourth quickest, but two full seconds slower than Chase.

In GT Cup, Alan Metni put his AM Motorsports Porsche 911 GT3 Cup on pole with a lap of 132.337 seconds (92.491 mph).  That time was one-eighth of a second faster than Topp Racing’s David Baker.  JC Perez was third quickest in his P1 Motorsports Lamborghini.

GT SprintX Race No. 1 is scheduled to go green at 4:45 p.m. Saturday afternoon.  The race will be livestreamed at World-Challenge.com.