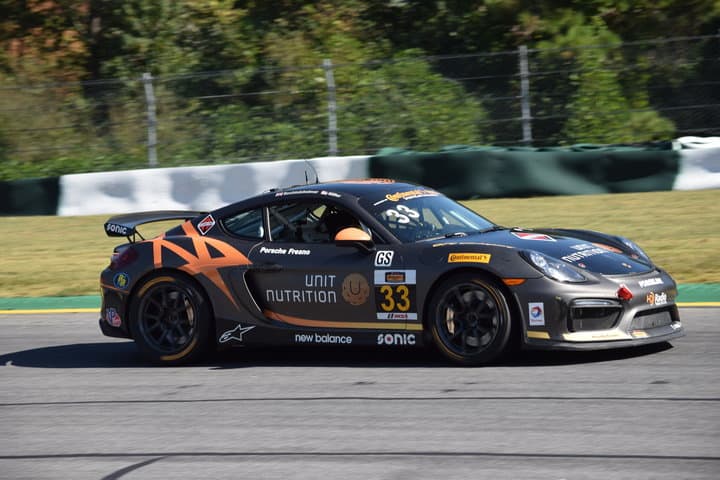 CJ Wilson Racing officially announced on Radio LeMans’ Midweek Motorsport Wednesday (Feb. 21) that they will race part-time in the IMSA WeatherTech SportsCar Championship’s GT Daytona class in 2018.  As of now, the team is only confirmed to race at Sebring and Petit Le Mans.  Additional races at Watkins Glen and Laguna Seca are possible.  Till Bechtolsheimer and Marc Miller, who raced as teammates last year  in the IMSA Continental Tire SportsCar Challenge (car pictured above at Road Atlanta), are confirmed as drivers.  The team is still searching for a third driver.

For team owner CJ Wilson, the decision to move up was based on potential spend to stay in Grand Sport.

“We have been aiming to get into this paddock for years but now the real fight begins to see what we can do against the much more experienced teams,” Wilson told Radio Le Mans’ John Hindhaugh.  “So, we felt like, hey, if we’re going to go in and spend X-amount of dollars, maybe we’re better off spending that in GTD, getting our feet wet, and taking a real run at this and being where we want to be, which is having a chance to compete with the best teams in the Western Hemisphere.”

Wilson continued to state that continuing in Grand Sport would have required the team’s cars to either be upgraded or replaced at significant cost.  With Grand Sport going full GT4-spec this season, the team’s Porsche Cayman GT4 Clubsports were ineligible to compete without upgrades to MR-spec.  The team was committed to Porsche in CTSC due to Wilson’s business-to-business relationships (Note: Wilson owns a Porsche dealership, Porsche Fresno).

The team has obtained the Acura NSX GT3 that Ryan Eversley drove last season for RealTime Racing in Pirelli World Challenge.  The formerly squircled car is now an unusual hue of green and yellow.

CJ Wilson Racing will debut their Acura NSX GT3 during the first day of IMSA WeatherTech SportsCar Championship testing at Sebring on Thursday.  The Mobil 1 12 Hours of Sebring is scheduled for Mar. 17.