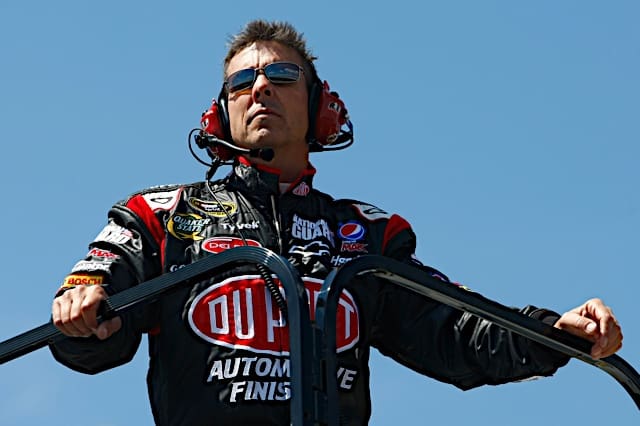 On Friday afternoon at Daytona International Speedway, Scott Pruett held a press conference to celebrate his 50 years in motorsports.  During that press conference, he announced that he will retire from racing following the Rolex 24 at Daytona at the end of the month.

For the 57-year old Pruett, racing at Daytona means just a little bit more to him than other tracks.

“[Daytona] is a magical place and I love it,” Pruett said during his press conference.  “What better way to say goodbye to a sport I love than at this revered place, surrounded by my peers and die-hard fans.  I’m so excited about the next chapter of my life.”

For his final career race, Pruett will drive 3GT Racing’s No. 15 Lexus RC F GT3 in the GT Daytona class alongside Dominik Farnbacher, Jack Hawksworth and David Heinemeier Hansson.  It will be his 13th race with the Paul Gentilozzi-run organization.

Last year, Pruett sat down with Frontstretch to discuss his time with 3GT Racing.  At the time, he stated that he had nothing left to prove in his career.  However, he had no intentions of retiring at the time.  He did state that he had been asked the question multiple times over the years and would explain himself thusly.

“When I stop having fun and I feel like I’m not able to carry my own weight,” Pruett told Frontstretch last July.  “When that happens, it will be time for me to go do something different.”

Pruett has a resume in sports car racing that is nearly unparalleled.  He is tied for the most overall victories in the Rolex 24 at Daytona (with Hurley Haywood) with five (1994, 2007-2008, 2011 and 2013).  He has 60 career sports car victories, split between the original IMSA GT Championship, the GRAND-AM Rolex Sports Car Series and the current IMSA WeatherTech SportsCar Championship.  He is a three-time SCCA Trans-Am champion, a two-time IMSA GTO champion, and a five-time Rolex Sports Car Series Prototype champion.  Finally, he has one class victory in the 24 Hours of Le Mans with Corvette Racing in 2001.

In retirement, Pruett plans to spend some more time with his family, whom he is well-known for saying hello to during interviews.  In addition, he will maintain a relationship with Lexus as an ambassador.  Finally, Pruett will continue making wines at Pruett Vineyard, his own winery in California.  The Auburn, Calif-based vineyard is world-renowed for their syrahs.