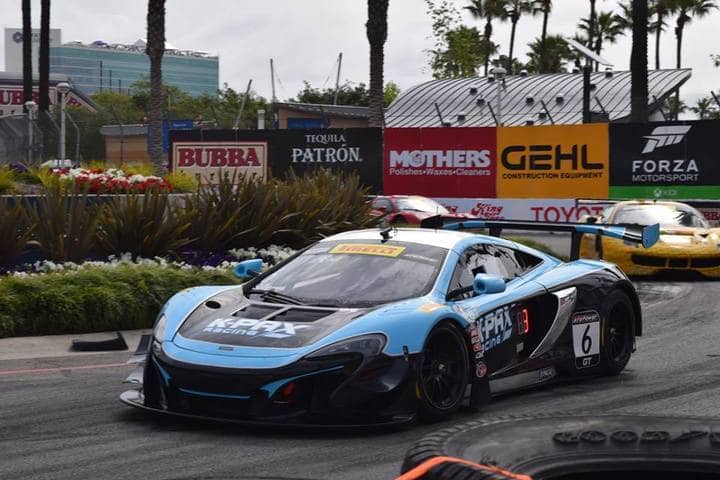 This weekend, Pirelli World Challenge starts the Sprint-X portion of the season at VIRginia International Raceway.  It will be the first weekend of 2017 where all seven classes will be in action.  As a result, the entry list is…rather staggering.

There are 109 entries in total among the various classes.  As such a setup is likely very confusing to readers, we’ve split the classes up into three separate charts.  It should be noted that some of the cars are listed more than once.

First up is Sprint-X.  There are currently 35 cars entered for these races.  This is right at the maximum limit that WC Vision designated for this race.  The No. 11 GT Cup Ferrari for Precision Driving and the DIME Racing No. 111 Lamborghini were originally entered as alternates.  However, Dream Racing Motorsport’s No. 07 Lamborghini and DXDT Racing’s No. 63 Mercedes have withdrawn, allowing the alternates in.

These races will be the only ones that the GT3-spec cars in the GT class will compete in.  GT is further split into three subclasses based on driver skill.  The top division is Pro/Pro.  These are the best-rated driver pairings.  Two-time race winner Alvaro Parente is here, as are Johnny O’Connell, Ryan Dalziel and Ryan Eversley.  Also, these teams will not have to obey minimum pit times during the mandatory pit stops.

The next division is Pro/Am, which is exactly as it reads.  A professional-level driver is paired up with an amateur racer.  Examples of this would be the Laurens Vanthoor/James Sofronas pairing at GMG Racing and John Potter/Marco Seefried at Magnus Racing.  These teams will have to obey a minimum pit time.

Finally, there is Am/Am, a subclass with two amateur drivers.  Professional drivers can also be classified as amateurs based on their age.  A driver that turns 50 typically receives a one rank decrease.  A two rank decrease kicks in at 55.  Anyone over 60 races as a bronze-rated driver.  That is how Scuderia Corsa’s No. 7 Ferrari 458 GT3 of defending GTA champion Martin Fuentes and former Formula One and CART racer Stefan Johansson is in the Am/Am division as Johansson turned 60 in September.

In addition to GT, the GTS and GT Cup classes are also competing in the Sprint-X races.

In addition to the Sprint-X races, GTS teams will take part in standalone GTS races this weekend.  19 GTS class teams are entered, nine in regular GTS and ten more in GTSA (the amateur division).  Some of them are doing double-duty between the sprint races and Sprint-X.  Examples of those teams include Case-It Racing and Stephen Cameron Racing.  Other teams, like the Blackdog Speed Shop entries for Lawson Aschenbach and Tony Gaples, will only do the sprint races.

Finally, VIR marks the season opening races for the TC, TCA and TCB classes.  These two races will have the largest grids of the weekend.  55 entries have been submitted for those two races.

The TC class has a number of new teams for 2017 and brand-new cars.  TCR chassis will make their American debut this weekend as four teams will race the new Audi RS3 LMS.  TCR is a touring car formula that is relatively popular overseas as an alternative to touring cars based on those raced in the World Touring Car Championship.  IMSA currently plans to introduce TCR to the Continental Tire SportsCar Challenge (CTSC) in 2018.

In addition to the new Audis, there has been a significant increase in the BMW contingent.  Last year, Classic BMW ran the only two BMW M235iR’s in the series.  Toby Grahovec took one to last year’s TC championship.  Let’s just say that they aren’t alone anymore.  There are 15 BMW M235iR’s entered from a number of different teams (Classic BMW has four entries by themselves).

The TCA class is the closest to the Street Tuner class in the CTSC. 15 cars are entered here, led by defending class champion Elivan Goulart in a Mazda MX-5 for S.A.C. Racing.  The class consists mainly of previous generation Mazda MX-5’s with a few exceptions.  The new Mazda Global MX-5 Cup Car is eligible for the TCA class and three of them are entered this weekend.  These cars usually race in spec races (for instance, the MX-5 Cup ran in support to the Verizon IndyCar Series last weekend in Alabama).  According to CTSC racer Stevan McAleer, the new MX-5 Global Cup Car is lighter than the older car, but has less power.

Finally, we have the TCB class, a class for compact grocery getters.  Eight of these compacts will race.  Examples include the Honda Fit, Chevrolet Sonic, the Mazda2 and the MINI Cooper.

Pirelli World Challenge races at VIR can be viewed at World-Challenge.com on Saturday and Sunday this weekend.  The Sprint-X races will debut on CBS Sports Network May 7 at 6 p.m. while the GTS and TC/TCA/TCB races will premiere on May 14 at 4 p.m.