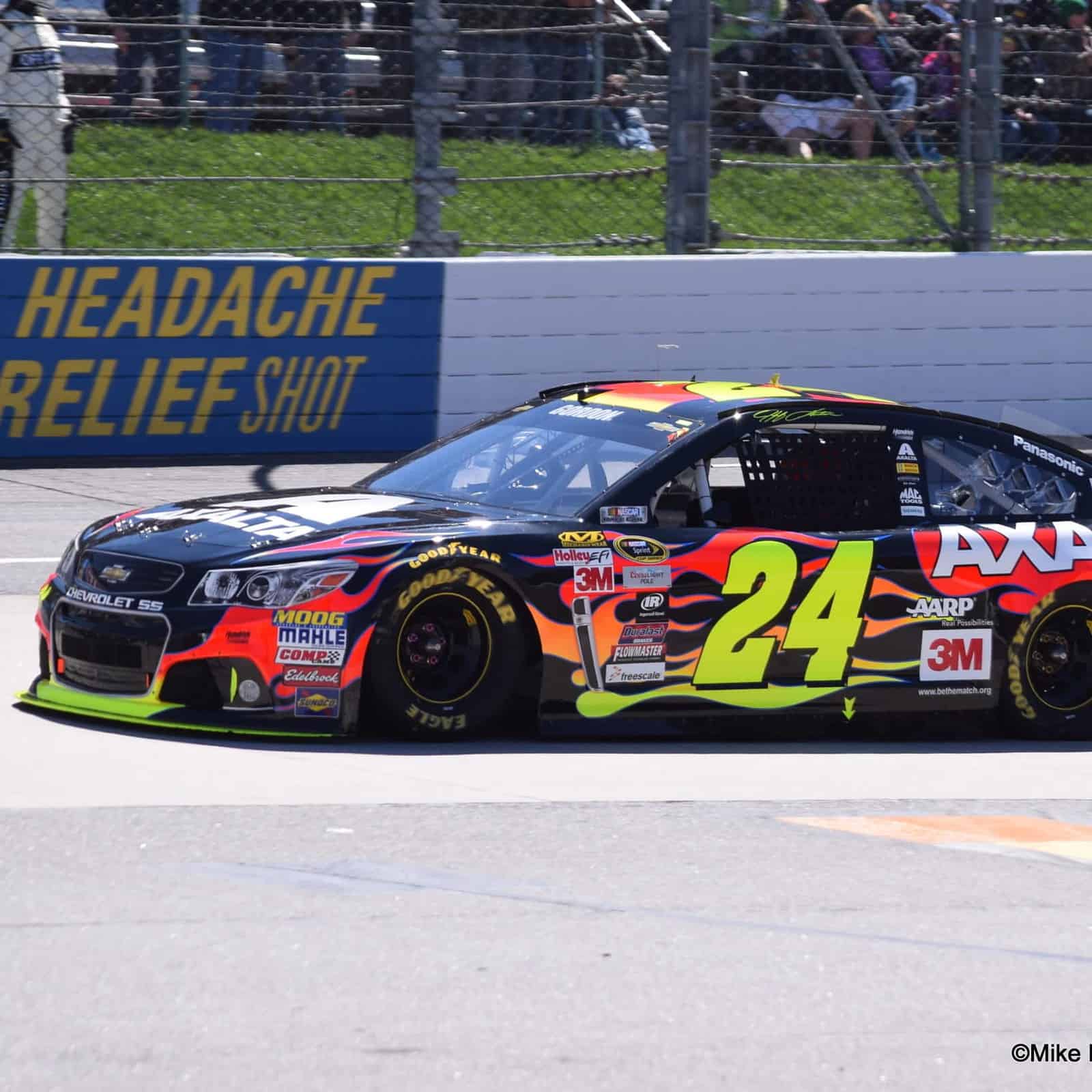 It’s been one of those weekends for Jeff Gordon.

The No. 24 struggled to find speed in Friday’s practice session and could only muster up a 23rd-place qualifying effort. The team continued to struggle on the track in Saturday’s opening session, but the team found even more trouble in the garage,

While attempting to assist Gordon in backing put of his garage stall to go back out onto the racetrack, a No. 24 pit crew member cleared Gordon, motioning to him that it was safe to back out. Unfortunately, he did not see that Clint Bowyer was coming and driver No. 15 drove directly into the right rear of Gordon’s car. Bowyer suffered minor cosmetic damage to the front end of his car while Gordon’s car needed hours of repair, after which Gordon thanked his team for the work on his Twitter page.

After an unfortunate incident during 1st practice, my guys did an amazing job getting #24 ready for this practice. pic.twitter.com/9GydRkapGO

Following the incident, Bowyer stated that “that guy backing him out, I think he glanced up for a second but when I got there he wasn’t even looking.” Bowyer was able to return the track and posted the sixth fastest time in the rain shortened final practice.

Gordon, a three-time New Hampshire winner tried to not let the incident get to him, saying that “…that practice went a little bit better than the other one. So we’re gaining on it… hopefully this will all pay off for us tomorrow.” Gordon was 22nd fastest in final practice after running 35 laps.