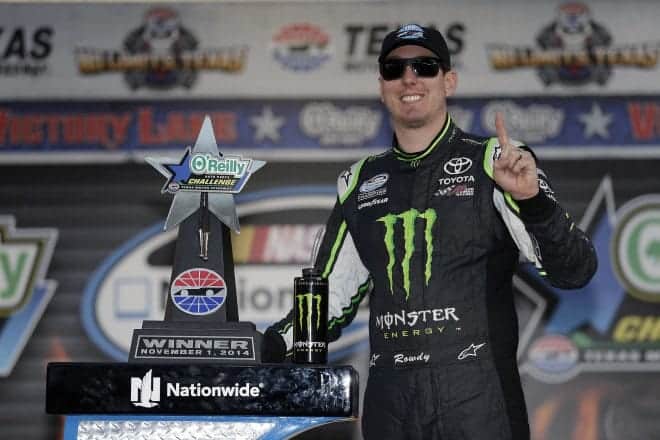 Rowdy is back. A new season for the NASCAR XFINITY Series is officially under way with the first practice session of the year at Daytona for the Alert Today Florida 300.

Kyle Busch, piloting the No. 54 Toyota for the fourth consecutive season, led the way on Friday afternoon with a speed of 191.681 mph. Coming off a season that saw 25 top-5 results in 26 races, Busch put his car in the middle of a pack early in practice and was able to be the fastest car by nearly three-tenths of a second.

Justin Marks, running for RAB Racing, was second quickest at 190.496 mph, bouncing back nicely from failing to make the Daytona 500 field in Thursday night’s Budweiser Duels. Mike Wallace, Darrell Wallace, Jr. and Ty Dillon rounded out the top-5 finishers. Wallace and Dillon also ran the Budweiser Duel on Thursday evening, racing their way into the Daytona 500.

Reigning champion Chase Elliott was 24th in practice for JR Motorsports. The practice session was the first time Elliott has been able to work with new crew chief Ernie Cope. Another notable was Aric Almirola, who was 12th for Biagi DenBeste Racing in the first of what will be a 16-race schedule for the team. He will be splitting the car with Richard Petty Motorsports teammate Sam Hornish, Jr.

There were no incidents during the 90-minute practice session, and 44 of the 47 cars entered for Saturday’s spectacle made it onto the track. Harrison Rhodes and Jeff Green were the slowest cars in the field.

The series will hold final practice on Friday at 3:30 p.m. ET. Qualifying for the XFINITY Series season-opener is on Saturday at 12:15 p.m. ET.

ho hum, big deal, Kyle Busch is going to race against less experienced drivers. He, along with the other Cup drivers, who do this on a weekly basis have made it so that I don’t even bother to follow this series.

On an unrelated note, “wins practice?” When the heck did this become fashionable? And what do they get for it?

I was wondering myself how you win practice.