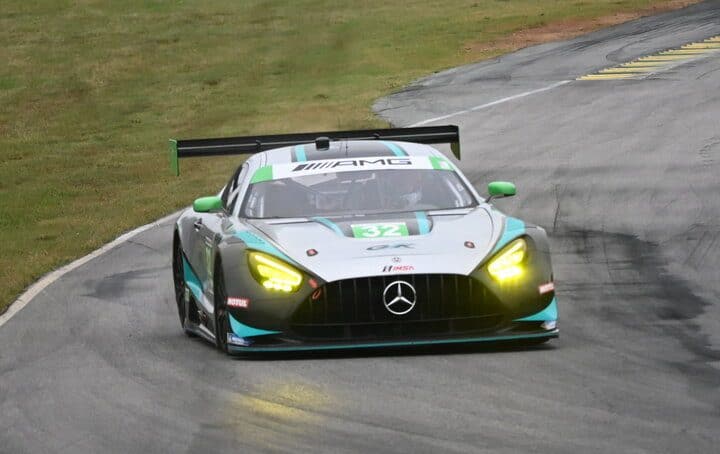 This weekend, the IMSA WeatherTech SportsCar Championship will have their second and final GT-only race of the season at VIRginia International Raceway.  There will be 18 cars on the grid.

In the GTD Pro class, there are five teams entered, Corvette Racing, Pfaff Motorsports, VasserSullivan’s No. 14, The Heart of Racing’s No. 23 and BMW M Team RLL.  There are no changes from the last round at Road America.

In the GTD class, there are 13 teams entered.  Two teams that have been running only the endurance events have filed entries.  One is Hardpoint with their No. 99 Porsche for Katherine Legge and Rob Ferriol.  The entry makes a lot of sense for the team since they are based in the business park just outside of the track.  It’s a very inexpensive weekend for the team where a bare minimum of hotel rooms would be required.

The other extra entry is the Aston Martin from Magnus Racing for Andy Lally and John Potter.  They made a similar argument to Hardpoint’s as to why they chose to make a late entry into the race, but in a very Magnus way.

“We had all the crew and parts available to run another race, so why not,” Potter said in a press release last week.  “And in this period of high inflation, our dollars go a lot further in Danville than elsewhere, so it really seemed the perfect match.”

At WeatherTech Racing, Jules Gounon will be back in the No. 79 Mercedes this weekend, replacing Daniel Juncadella.  The seat alongside Cooper MacNeil is a rotating group of Merecedes-AMG pro racers.

The Michelin GT Challenge at VIR is scheduled to go green at 2:10 p.m. ET Sunday afternoon.  The race will air live on CNBC starting at 2 p.m.