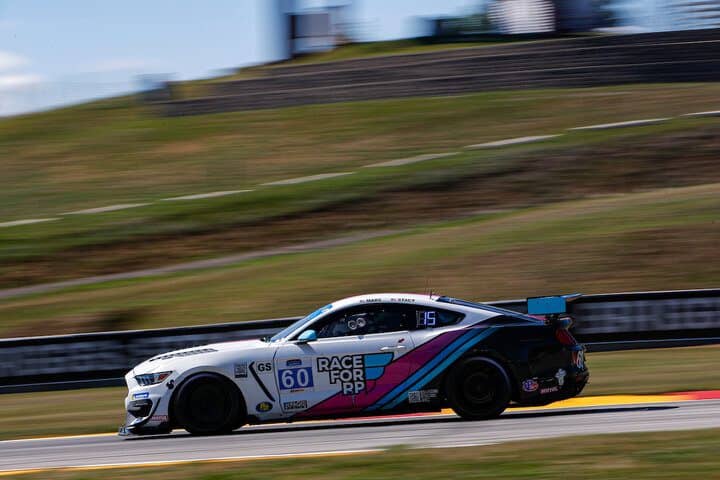 KohR Motorsports’ Luca Mars was able to back up his pace from practice to win the pole Saturday morning (Aug. 6) for the IMSA Michelin Pilot Challenge Road America 240 with a lap at 106.445 mph. The lap was more than three-tenths of a second slower than what Mars turned in during Practice No. 2.

Early in the session, McCann Racing’s Andrew Davis, who won the pole at Daytona for the first four-hour race of the year, was able to put his Porsche on top of the charts. Mars was able to take over the top spot with six minutes to go. No one else was able to beat his lap, giving the 16-year old his first career IMSA Michelin Pilot Challenge pole.

The general length of Road America is such that it took nearly half of the 15-minute session for TCR teams for anyone to set a competitive time. Once that happened, the times began to drop.

On the first lap at speed, HART’s Chad Gilsinger was fastest in his Honda Civic Type-R TCR. His second lap was two seconds faster, quicker than any TCR lap turned in practice Thursday or Friday.

With about four minutes remaining in the session, KMW Motorsports with TMR Engineering’s Tim Lewis Jr. turned in a lap at 104.299 mph. That put the Alfa Romeo on top of the chart, a spot that would not be relinquished.

The Road America 240 is scheduled to go green at 2:15 p.m. ET Saturday afternoon. The race will be streamed live on Peacock starting at 2:10 p.m. (subscription required).