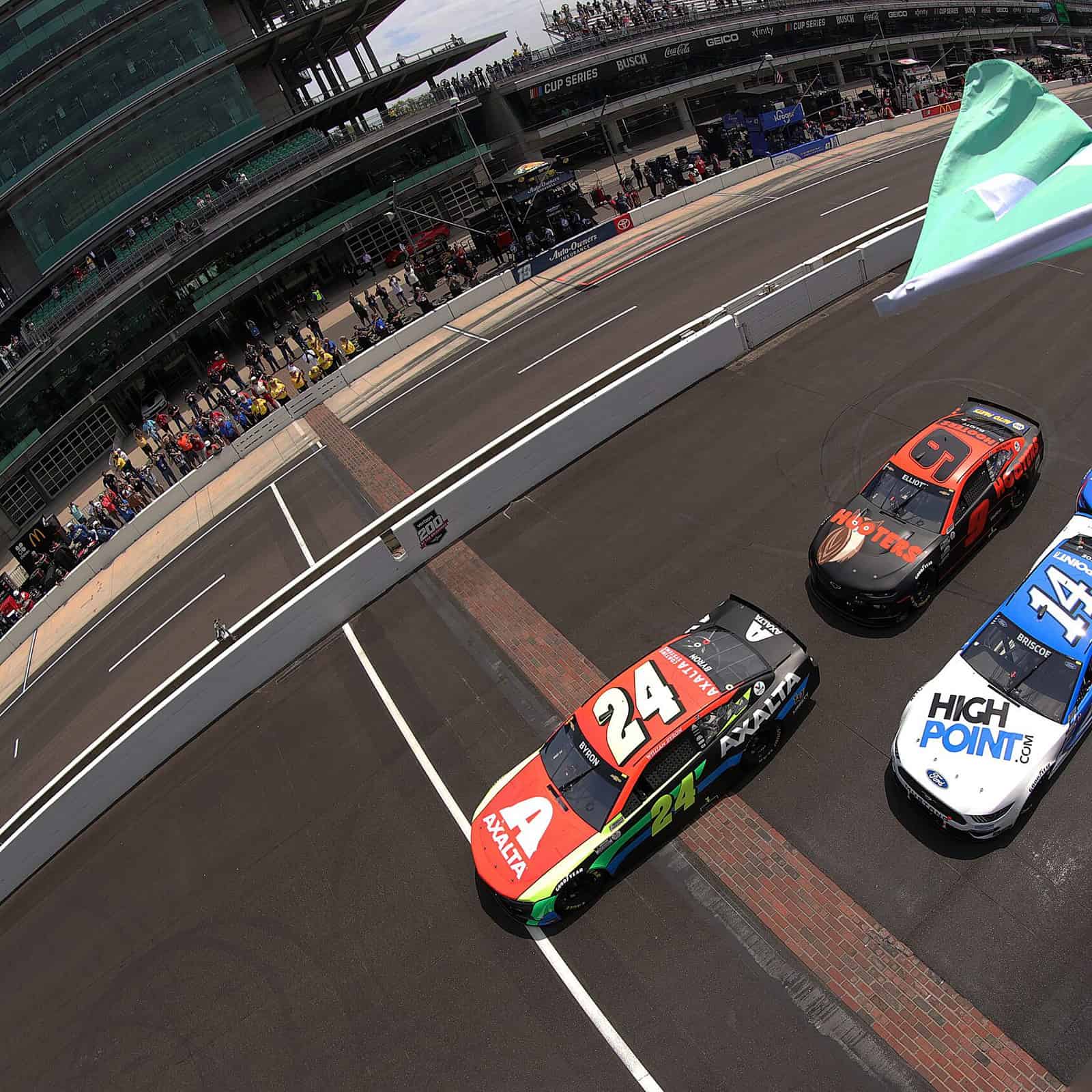 It’s the hottest question in the NASCAR Cup Series garage this weekend at Indianapolis Motor Speedway.

With the historic track hosting its doubleheader weekend with the NASCAR Cup and NTT IndyCar series on the facility’s road course for a second year, should the return of the Brickyard 400 be in play?

It won’t be back at least in the short term, with track owner Roger Penske confirming Friday (July 29) the Cup Series would compete on the road course again in 2023. But the Team Penske owner said the possibility of alternating between the historic 2.5-mile oval and the road course is being considered.

When it comes to Cup drivers themselves, opinions are passionate, indifferent and everywhere in between.

He loves IMS, but he also really likes road courses.

“I love the history of Indy,” McDowell said Saturday after qualifying seventh for Sunday’s (July 31) Cup race. “I grew up an IndyCar fan and came up through the Road to Indy program. This is so much history and just a special place. But I’m biased, because I would rather it be the road course, because one more road course, I think it’s an advantage for us.”

McDowell enters this weekend with a career-best eight top-10 finishes through 21 Cup races this season. Two of those came Sonoma Raceway (third) and Road America (eighth).

“I think that (the Next Gen) car would race well on the oval, I think it would be a better race than we’ve seen in years past,” McDowell said. “But if they asked me, which they haven’t it, I would vote for the road course.”

Then there’s the other end of the spectrum.

“Not running on the oval is embarrassing for our series.”

Tell us how you really feel, Kevin Harvick.

A three-time winner of the Brickyard 400, Harvick is one of the few drivers left in the Cup field who experienced the race’s — and the sport’s — popularity peak in the early 2000s, then its rapid decline after the 2008 tire debacle.

“We’re the biggest series in America at the most popular track in America,” Harvick said before adding that he “loves” that NASCAR and IndyCar are occupying the historic track on the same weekend.

“Look, racecar drivers love being around racecar drivers,” Harvick said. “I like watching other divisions race. I just don’t like racing on the road course. I feel like it’s a parking lot track. Doesn’t flow very well. It’s just not a very good course. I mean, it’s not Road America and it’s not Sonoma. It’s not Watkins Glen [International] and it’s just not a good track.”

From the chapters of racing history written before us to the pages still to come, only the Racing Capital of the World can call these legendary names its champions.#NASCAR | #INDYCAR pic.twitter.com/WbcYu8q8iv

Ryan Blaney, who has his checks signed by Penske, said in June he thought a race on the Indy oval “would be worse” in the Next Gen car.

A month later, Blaney is indifferent to whether he’s making four turns or 14 when he races in Speedway, Ind., because it’s “special no matter what course we run.

“I’ve enjoyed running on the oval.  I enjoyed running on the road course last year,” Blaney said. “I personally wouldn’t mind seeing it maybe switch up every few years – a couple years. I don’t think running the road course makes this place any less special. I mean, you’re still racing at Indianapolis and you understand the history behind this place.  I’m just really fortunate to be racing here and then to be racing for Roger here.”

Another driver who falls under the “Indy is special no matter what” banner is Chase Briscoe.

A native of Mitchell, Ind., the Stewart-Haas Racing driver has been coming to IMS since he was a kid.

He won the inaugural NASCAR Xfinity Series race on the road course in 2020.

If the Brickyard 400 returns in the coming years, so will the question of will fans embrace it.

By its last pre-COVID running in 2019, the track struggled to attract enough fans to fill half the grandstands. It was a far cry from the jam-packed days of 1994-2007.

AJ Allmendinger, who won the inaugural Cup race on the road course last year, called out those yearning for the Brickyard’s return.

“I do not disagree with the tradition of the oval, that’s what the Brickyard 400 is about,” Allmendinger said Friday (July 29). “What kind of annoys me is listening to everybody complain about it and nobody shows up in the grandstands.

“I would love to go back to the oval if we’re going to pack the place. But if nobody’s going to show up and we’re going to do it for the tradition, what does that help? Roger is a decent business man. … He know all about that. That’s what’s great about Roger owning this racetrack now. He would do what’s right for the fans, but it’s a business thing, too.

“Sure, you’re not packing it like the Indy 500, but there was a huge crowd here last year. … The tradition of the Brickyard 400, I would like to have it. But I was here in 2018 and it was pretty dismal to look at when nobody showed up.

“If everybody’s going to complain about it, please show up if it goes back to the oval.”