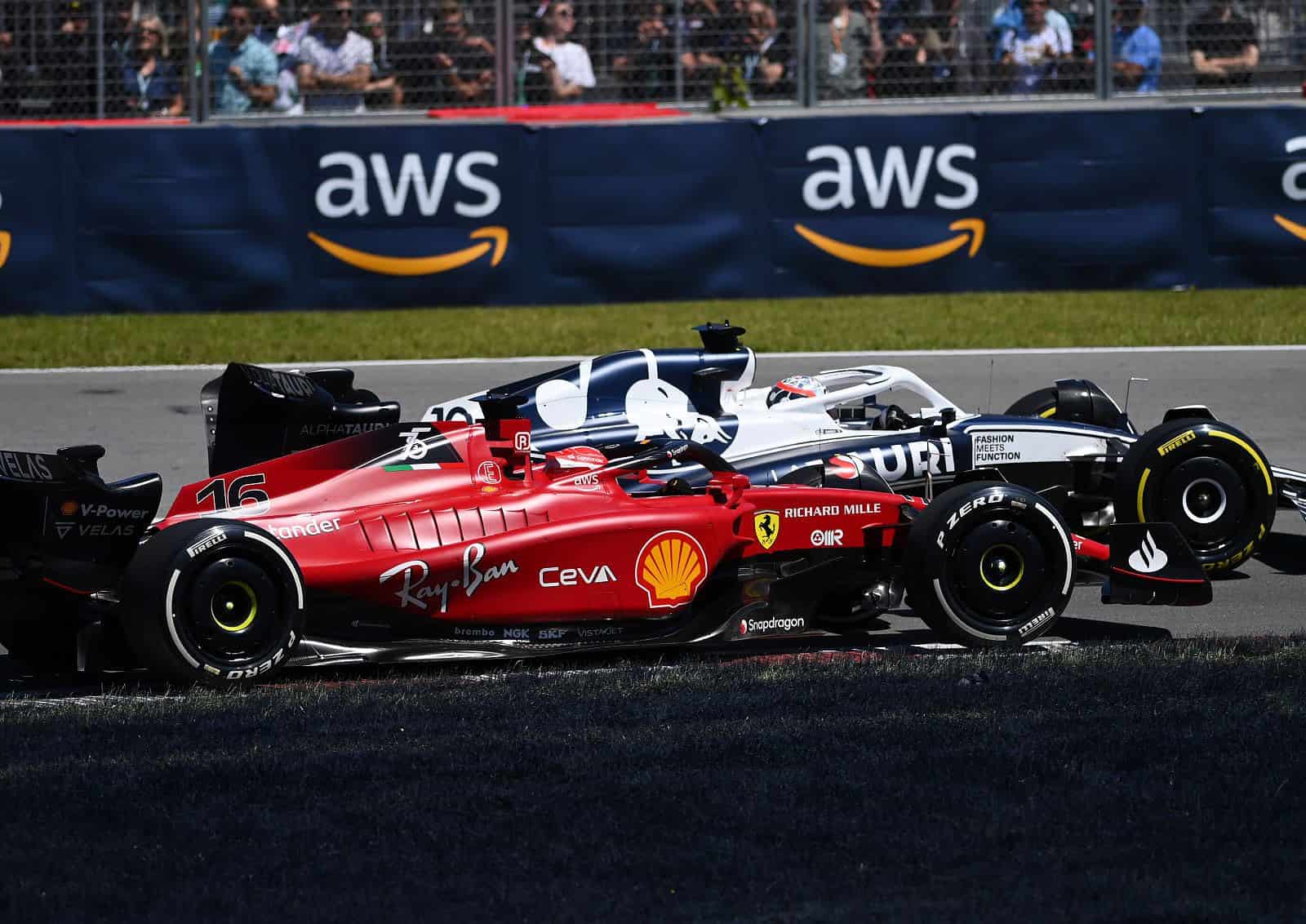 The Canadian Grand Prix weekend proved to be the latest in an ongoing series of unfortunate events that have defined the latter half of Charles Leclerc’s season to this point. However, Leclerc managed to salvage a worthy result from the otherwise frustrating weekend.

Leclerc initially incurred a 10-place grid penalty after fitting new electronic components to his power unit after a shocking engine failure in Azerbaijan. It was then announced on Saturday (June 18) that Leclerc had taken several new components for the Canadian Grand Prix, meaning he would have to drop to the final row of the grid.

Leclerc lined up 19th on the grid, with Yuki Tsunoda alongside in 20th, also due to changes to his AlphaTauri’s power unit.

Leclerc’s start was strong, moving himself up to 15th by the end of the fifth lap. By lap 20, Leclerc had gained 11 places and sat in eighth place between Valtteri Bottas and Lance Stroll, still with his first pit stop to come.

By the race’s halfway point, the Ferrari’s current Achilles’ heel had been put on full display.

Moving up into sixth place, Leclerc was breathing down the neck of Esteban Ocon. The Ferrari’s aerodynamic superiority was undeniable. Leclerc stuck to Ocon’s gearbox for the better part of every lap, but Ocon and his Alpine reestablished a comfortable gap over Leclerc on the Circuit Gilles Villeneuve’s two long straights that compose the last third of the lap.

To be stuck behind an Alpine, despite having DRS and a slipstream, not only wore down Leclerc’s tires, but also began to bring Ocon’s teammate Fernando Alonso into the mix.

Leclerc was truly squeezed between an Alpine and a hard place.

With all attempts to get around Ocon coming up short, Leclerc made his first stop of the race on lap 42, strapping on a set of faster, fresher medium tires.

The stop went smoothly, until the Ferrari crew dropped the jack before the left rear tire had been secured. The process of jacking the car up again and ensuring that the tire was properly fastened to the car left Leclerc sitting stationary for a whopping 5.3 seconds.

For comparison, Red Bull pitted Max Verstappen the next lap with a stationary time of 2.4 seconds.

As the pit stops cycled out, Leclerc found himself once again staring at the back of an Alpine, this time belonging to Alonso.

After sneaking by Alonso under braking into the turn 10 hairpin on lap 58, Leclerc pulled a nearly identical move on Ocon two laps later, moving himself into fifth place with 10 laps to go.

With the Mercedes pair of George Russell and Lewis Hamilton ahead, that would be all she wrote for Leclerc’s day.

To finish fifth after starting in 19th place is certainly no laughing matter; a respectable performance in all respects. Leclerc showed that the race pace is there for Ferrari still, barring any mechanical or strategic problems.

It would seem the Maranello squad should still be able to take the fight to Red Bull so long as they can keep their house in order through the rest of the season.

Up next will be the British Grand Prix at Silverstone, where Leclerc has two podium finishes to his name, including coming within two laps of the win in 2021.

The British Grand Prix will take place on Sunday, July 3, at 10 a.m. ET, with coverage on ESPN.