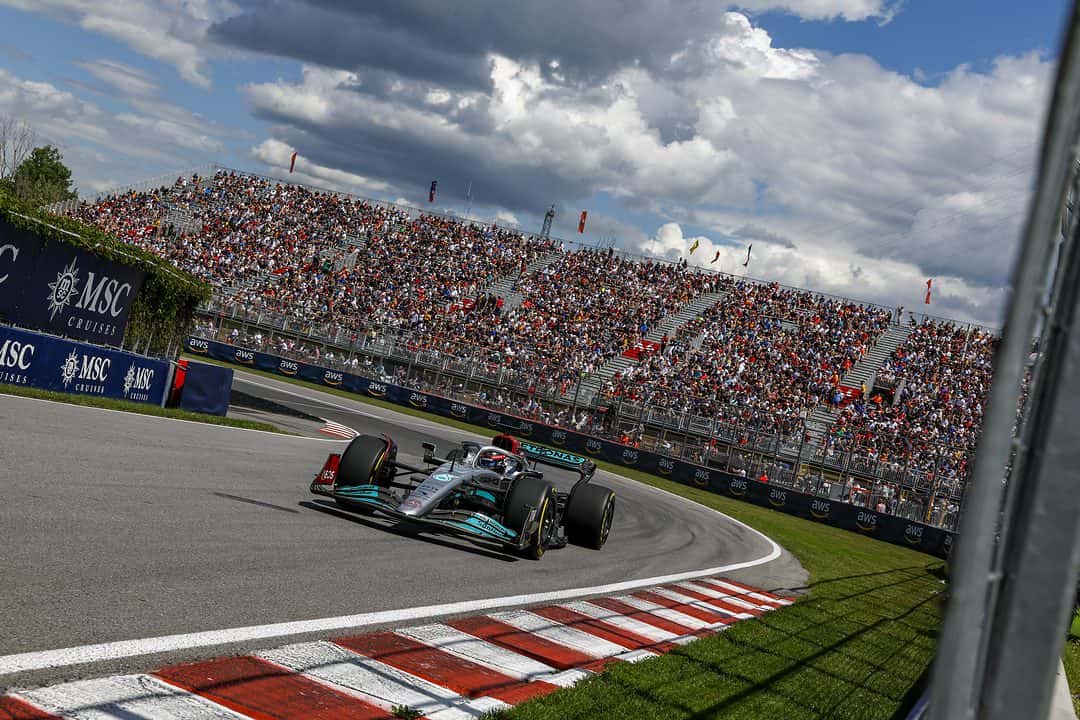 As we approach the return of the Canadian Grand Prix this weekend, the complexion of the Formula 1 season has shifted dramatically from the scene that was painted by the first three races of the year.

The early rumbles of the championship fight have been flipped upside down, while a pre-season aerodynamic concern is now set to force the FIA to step in and scrutinize car designs — less than halfway through the first season of new regulations introduced this year.

Through pre-season testing, no team took a stance of confidence in itsown pace or reliability.

When Ferrari topped the charts, Mattia Binotto was quick to clarify that Ferrari was on the outside looking in. Lando Norris likewise said that there wasn’t much truly representative on display when he topped the charts on day one of testing.

Ferrari then took a 1-2 finish in Bahrain while both McLarens finished outside the points.

Red Bull, the most notable thorn in Ferrari’s side, had to swallow a double retirement in Bahrain and a shock engine failure for Max Verstappen in Australia. Meanwhile, Charles Leclerc danced into the distance with the title in sight.

Since Australia, Leclerc has only taken one podium finish in Miami and two retirements from the lead in Spain and Azerbaijan. His teammate, Carlos Sainz, has consistently finished around the back end of the podium or in the DNF column. No in between.

Since Australia, Verstappen has had a streak of five podium finishes and four wins. Teammate Sergio Perez has won the Monaco Grand Prix and taken three second-place finishes as well. Momentum has firmly shifted to Red Bull in terms of both reliability and race pace.

This is not unfamiliar for the Scuderia squad. Sebastian Vettel’s 2017 and 2018 title challenges unraveled just as much due to Ferrari’s mismanagement of race strategy and reliability as they did due to Vettel’s own performance.

Since their last constructors’ title in 2008, Ferrari has put together multiple championship caliber seasons. But not since 2012 has one of those seasons lasted into the final stages of the calendar.

Ferrari will have to stand in front of, and stop, the Red Bull train sooner rather than later if this season is to be one worth remembering for the Tifosi.

Speaking of Vettel, nobody made a bigger splash than the four time champ himself last time out in Canada.

Vettel’s 2019 campaign paled in comparison to his performances of 2017 and 2018. The German only managed one win in Singapore, and finished behind then Ferrari freshman Leclerc in the drivers’ championship.

Vettel, however, had one hand on the trophy at that year’s Canadian Grand Prix, before a penalty — sketchy at best — added five seconds to Vettel’s race time and demoted him to a second-place finish.

Leading Lewis Hamilton with 10 laps to go, Vettel’s Ferrari slid wide in turn 3 and rejoined the track barely under control at the exit of turn 4.

Hamilton, trying to go around Vettel’s outside, was made to slow down to avoid being pinned between the sliding Ferrari and the outside wall.

Race control deemed that Vettel had re-entered the track in an unsafe manner, and the resulting penalty all but sealed the win for Hamilton. To build a five second gap in 10 laps is a tall ask for any driver, including Vettel.

After the cool down lap, Vettel made one of the most symbolic gestures in all of Formula 1 moving the No. 1 sign from in front of Hamilton’s car, and placing it in front of his own. It was beyond clear that Vettel believed, or perhaps knew, that he was the true winner of the Canadian Grand Prix.

The Circuit Gilles Villeneuve is a fast and narrow course, with two long straights and multiple heavy braking zones. As has come to be expected in 2022, porpoising is going to be a serious factor in how Sunday’s (June 19) race unfolds.

Red Bull seems to be the only team that has completely ironed out the issue in their car this year. Meanwhile, Mercedes is back at the drawing board with inadequate results as of yet.

Following the Azerbaijan Grand Prix, Hamilton was seen emerging from his car in a slow, groggy manner. Visibly uncomfortable, Hamilton’s presence at the Canadian Grand Prix was briefly up for debate owing to the back pain the 37 year old has reported the past few weeks; a result of the Mercedes’ excessive bouncing at high speed.

Now, the FIA has decided to step in by issuing a technical directive to teams regarding the nature of the issue and potential avenues forward.

Our own Anthony Damcott has more information here.

Though the return of the Canadian Grand Prix alone is due cause for excitement and intrigue, the circumstances surrounding the championship, the cars, and safety have set Canada up to play out as a very consequential round of this year’s championship.

To see how the Canadian Grand Prix weighs up to that challenge, tune in ESPN on Sunday, June 19, at 2 p.m. ET.