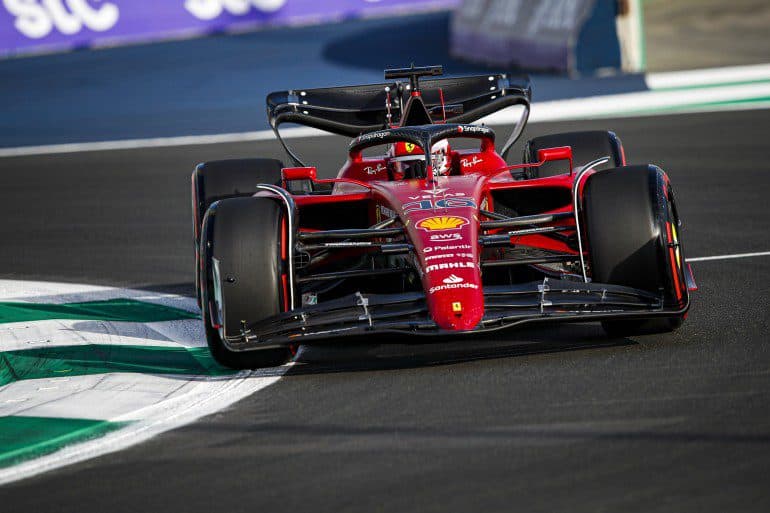 With no contract signed to guarantee the race will go ahead next year, Charles Leclerc’s quest to become the first Monegasque to win the Monaco Grand Prix in the Formula 1 world championship era has reached a devastating cliffhanger.

On Saturday, May 28, the 24-year-old Scuderia Ferrari pilot took his second Monaco pole position in as many years.

Although a P1 starting spot is usually all but a certain race victory around the streets of the principality, unfortunately for the hometown hero, a gearbox issue caused by a crash in qualifying meant that he failed to even take the green flag in 2021, so nothing was promised heading into 2022.

Leclerc and Ferrari might have expected a lovely Sunday (May 29) drive to a historic victory, but the dark clouds hanging over the harbor just before race time may have started to raise his blood pressure.

Still, after taking the green flag (after an hour-and-nine-minute delay), it still looked as though it was his home race to lose.

Picking up right where he left off in practice and qualifying, driver No. 16 stretched out the lead over Ferrari teammate Carlos Sainz, followed by the Red Bulls of Sergio Perez and championship leader Max Verstappen.

Buoyed by Pierre Gasly’s progress on intermediates as the rain lightened up, Red Bull called Perez in for intermediate tires on lap 17.

Perez pits from P4, bolts on the inters and returns to the track in P5 #MonacoGP #F1 pic.twitter.com/YH4y8hE5hm

Two laps later, Ferrari brought Leclerc in to cover the Mexican, leaving Sainz leading on his initial strategy to crossover directly from full wets to slicks.

Leclerc and Verstappen have both pitted for inters,#MonacoGP #F1 pic.twitter.com/BewjaZ4fU7

Conditions improved rapidly as Perez closed in on Sainz for the lead on lap 19, and fans may have even hoped for a green-flag pass for the lead (admittedly helped by a massive tire difference). Instead, Ferrari called the Spaniard in for slicks.

Both Ferraris come into the pits. Sainz and Leclerc are now on slicks (hard tyres)#MonacoGP #F1 pic.twitter.com/By6eT1p203

The message to Leclerc from race engineer Xavier Marcos Padros was a last-second “box, box. Box for hards,” followed quickly by an even later “stay out, stay out,” by which point Leclerc was already in the pitlane.

To add insult to injury, Leclerc had to wait an agonizing couple of seconds for his teammate to leave the pit box before the Scuderia Ferrari pit crew could outfit his F1-75 with slicks.

Both the Red Bulls are in for slicks now#MonacoGP #F1 pic.twitter.com/6jVSgWeuFI

The disastrous double stack put Sainz ahead of Leclerc on the same tire, and it got worse for Ferrari. Perez and Verstappen’s in-lap pace on intermediates allowed both Red Bulls to hold station over one Ferrari each.

Near unbelievably for the turbo-hybrid era, polesitter Leclerc ran a lowly fourth by lap 24 of the Monaco Grand Prix.

After a frenetic opening to the race… Perez now leads! #MonacoGP #F1 pic.twitter.com/3cEFwYQcDS

Stranded in fourth on slicks for the rest of the event, Leclerc was at least able to finish his home Grand Prix for the first time in his career, but he is unlikely to be satisfied with a meager 12 points and a front-row seat to the thrilling battle between Perez, Sainz and Verstappen in the closing minutes.

After an unpredictable, controversial, and emotional Monaco Grand Prix, Leclerc is sure to be left thinking of the race that might have been.