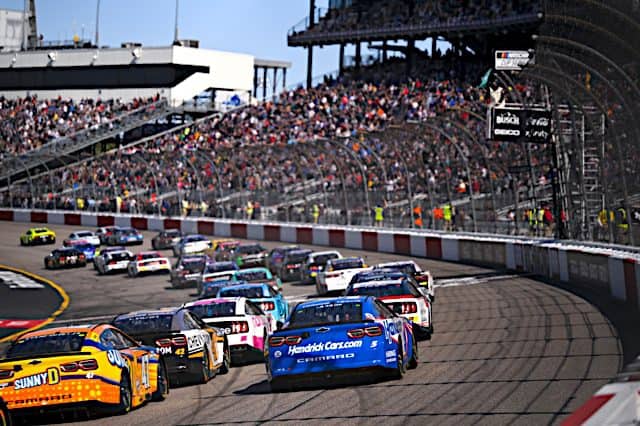 When NASCAR first released the 2022 Cup Series schedule, it felt like the sanctioning body was losing confidence in Richmond Raceway. Ever since the postseason era began in 2004, Richmond had always hosted either the last race of the regular season or a race in the playoffs.

That’s not the case this season.

Not only did Richmond’s playoff race get moved up a few weeks to mid-August, but it will be run on a Sunday afternoon. It’s the first time since 1990 Richmond’s second date is scheduled as a day race. Instead of a must-see primetime event that can make or break a driver’s title hopes, Richmond’s second date looks like another run-of-the-mill summertime event.

That would have been hard to envision even 10 years ago. Throughout the 1990s and 2000s, Richmond was one of the places you could count on to put on a good show every time NASCAR came to town. Boasting monikers like “The Action Track” and “Racing Perfection,” Richmond lived up to its reputation. The track’s ¾-mile configuration offered all the thrills, spills, and tempers of short track racing with higher speeds and more varying racing lines than what you might find at the local bullring. Even the oft-maligned Car of Tomorrow regularly put on good races at Richmond.

Then, the Gen-6 car came along in 2013 and Richmond seemed to lose its luster. The Gen-6’s aero-sensitivity seemed to bring out more of the speedway aspects of racing at Richmond than its short track characteristics. The high-contact slugfests of previous seasons gave way to races with long green flag runs. Passing was difficult, and wherever drivers wound up front a few laps after the restart seemed to be where they would stay.

To be fair, there were certainly still good Richmond races with the Gen-6 car. Carl Edwards’ and Kyle Busch’s battle in spring 2016 comes to mind, as does Joey Logano’s triumph two years earlier. But overall, Richmond hasn’t been producing the action-packed racing which fans have come to expect.

Sunday’s race provided an opportunity for Richmond to refresh. It was the first Cup Series event there with the Gen-7 car, as well as the new car’s first points-paying short track race. After 400 laps and just over three hours of racing, the Gen-7 car produced one of the best Richmond races of the last few years.

Short track style action did not make a comeback; the race ended on a 137-lap green flag run. However, the long green flag run to the finish wound up being the best part of the race.

With track conditions changing in the late afternoon and Richmond’s worn surface chewing up tires, the front-running teams were left with a choice: either pit once more and minimize time spent on pit road or stop twice to have the freshest tires possible for the closing moments. As the laps ticked away, track position appeared to be the right call. Race leader William Byron hadn’t even stopped during the last caution on lap 258, yet he was holding on against Martin Truex Jr.

Meanwhile, a few savvy crew chiefs correctly predicted that fresh tires in the last 40 laps would be the key to victory. In particular, Denny Hamlin and Kevin Harvick were flying through the field after their final stop, and they had their sights set on the lead.

Remarkably, Byron, Truex, Hamlin and Harvick all came together with 10 laps to go. Byron had done an admirable job up to that point holding the top spot with such old tires, but Hamlin and Harvick were able to rocket past the No. 24 with five laps to go. Hamlin successfully managed the gap back to Harvick from there to score his first win of 2022. It’s a win Hamlin and Joe Gibbs Racing badly needed after a rough start to the season. JGR took full advantage of the trip to Richmond, capitalizing on one of its best tracks.

“We needed a data point,” Hamlin said after the race. “We needed something, a good run to kind of balance ourselves on other tracks. And, obviously, I think we got it here.”

Hopefully, Sunday’s race can also be a data point for what to expect from Richmond and the Gen-7 car. Long green flag runs may continue to be the norm, but the field did not feel as stagnant on Sunday as it did during many of the Gen-6 events. This race had a good share of “comers and goers” and good battles throughout the field, even if the leader ran away a few times.

It also felt like drivers and crews had more options for where they could make speed on track and how they could maximize their tire strategies. The Gen-7 car brought out the best aspects of speedway racing at Richmond, as opposed to the more frustrating aspects that characterized Gen-6 Richmond events.

Sunday’s race was also a reminder long green flag runs are not necessarily a bad thing. The extended run that ended the race facilitated the exciting finish, much like how the overtime laps at Circuit of the Americas last weekend set up a great ending for that race. In an era where NASCAR is all about stages, restarts, and singular moments that can be captured in a few seconds of video on a highlight reel, it was refreshing to have a long game of strategy as a decisive factor in the outcome of a race.

Perhaps the Gen-7 car can restore faith in the Action Track, even if the action is a little different now. At least for one day, Richmond got its groove back.

I have been a regular at Richmond for a number of years. The racing looked the same to me as it has the last few years despite the new car, basically follow the leader. The most interesting aspect of the race was the different pit strategies which ultimately led to Hamlin’s win.