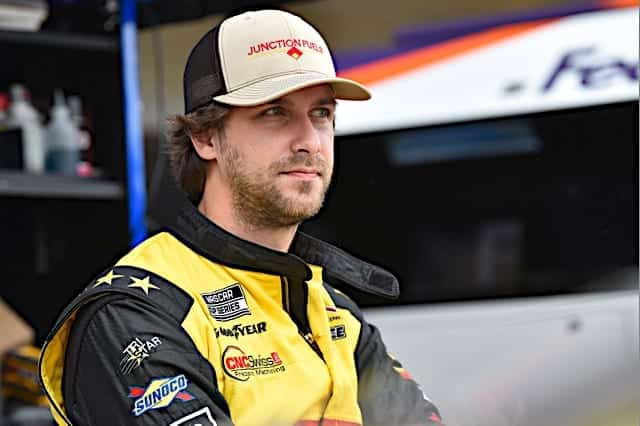 Bilicki is entered in the No. 36, with sponsorship from Zeigler Automotive Group and Elliott’s Custom Trailers and Carts.

“Starting the new race season at Daytona is always a very important piece to the puzzle, so I am very excited to be joining DGM Racing in their No. 36 Chevrolet Camaro,” Bilicki said in a team release. “While it will be my first time with the organization, I am familiar with the team and how strong they have ran at superspeedways in the past. I’m looking forward to getting behind the wheel of the Zeigler Auto Group / Elliott’s Custom Trailers & Carts Camaro in just a few short weeks.”

Bilicki is the first driver to be announced to DGM’s No. 36 for 2022. In 2021, Alex Labbe, who has not yet announced his plans for the year, drove the car full time.

DGM is the third time Bilicki has announced a schedule for in 2022. He’ll run a part-time NASCAR Cup Series schedule for Spire Motorsports and a limited Xfinity jaunt for Alpha Prime Racing as well.

Bilicki’s Daytona teammates include Mason Massey in the No. 91 and Kyle Weatherman in the No. 92.