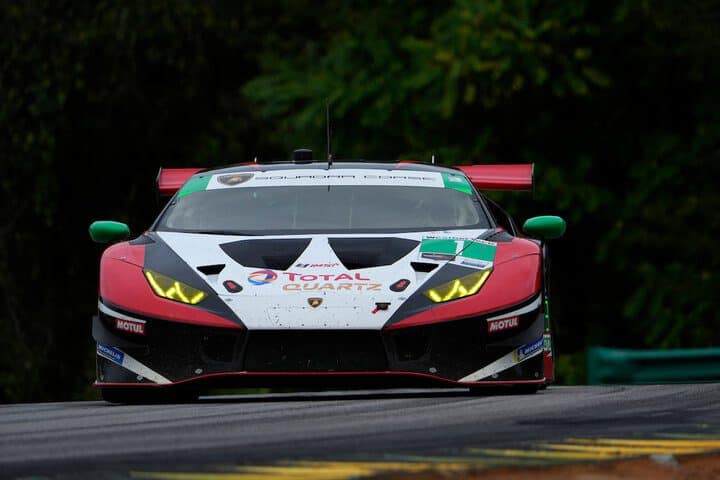 Paul Miller Racing announced Tuesday (Jan. 4) that they will be switching from their Lamborghini Huracan GT3 to the new BMW M4 GT3.  Unfortunately, that change comes with a caveat.  Due to a lack of inventory of new cars, Paul Miller Racing will not have their new car in time to race in the Rolex 24 at Daytona.  They currently plan to debut their new BMW at Sebring.

“We’ve been fortunate enough to win championships and some of the biggest races possible in sports cars over the last six seasons,” said team owner Paul Miller in a statement.  “However, we’re excited to tackle this new challenge with BMW.  As someone who has been intimately involved with BMW as a dealer for over 20 years, I’ve seen firsthand the performance of their road cars and watched their success in competition.  So, we are excited to join them on the motorsports side!  The M4 GT3 is a very impressive race car with tremendous originality infused in its design.  I’m looking forward to us racing it in IMSA starting in March.”

When the team gets their BMW M4 GT4 up and running, it will be a familiar duo in the car.  Madison Snow and Bryan Sellers will be back in the No. 1 full-time once the M4 GT3 is ready to go.

“I’m really excited to be back with Paul Miller Racing in 2022 and to be able to race the new M4 GT3 car,” Sellers stated.  “Madison and I were able to check it out at Road Atlanta at the end of the season and the reviews from everyone that has driven it so far have been super positive.  The M6 has been a formidable competitor the past few seasons, and I expect the BMW M4 GT3 to meet or exceed that level of performance on track.  The IMSA WeatherTech SportsCar Championship is going to be a tough series again this year, but Madison and I work really well together, and I’m excited to keep that going in 2022 and hopefully take home some hardware with this team!”

In his statement, Sellers is referring to the happenings on the morning of the Motul Petit Le Mans.  BMW had a couple of different generations of race cars do exhibition laps around the 2.54-mile Michelin Raceway Road Atlanta course prior to the race.  One was the new BMW M4 GT3 in factory colors.  Another was the older BMW Z4 GTE that raced primarily in the American Le Mans Series, along with the BMW M8 GTE that was officially retired that weekend.

For Sellers, 2022 will be his seventh season with Paul Miller Racing.  In that time, Sellers has won six races and shared the 2018 GT Daytona class championship with Snow.  For all but 2019, Sellers has been teamed up with Snow.  Why not 2019?  After winning the GT Daytona championship, Snow’s driver ranking was elevated from silver to gold.  That would have broken up the driver lineup by itself.  Snow ended up sitting out the season and working at his family’s business, Utah-based Universal Industrial Sales (UIS) which still serves as an associate sponsor with the team.  Snow has five wins in 51 starts with the team.

Paul Miller Racing did not announce endurance drivers in their press release.  Since they will not be competing at Daytona, they will only need one.  That driver announcement will be coming at a later date.