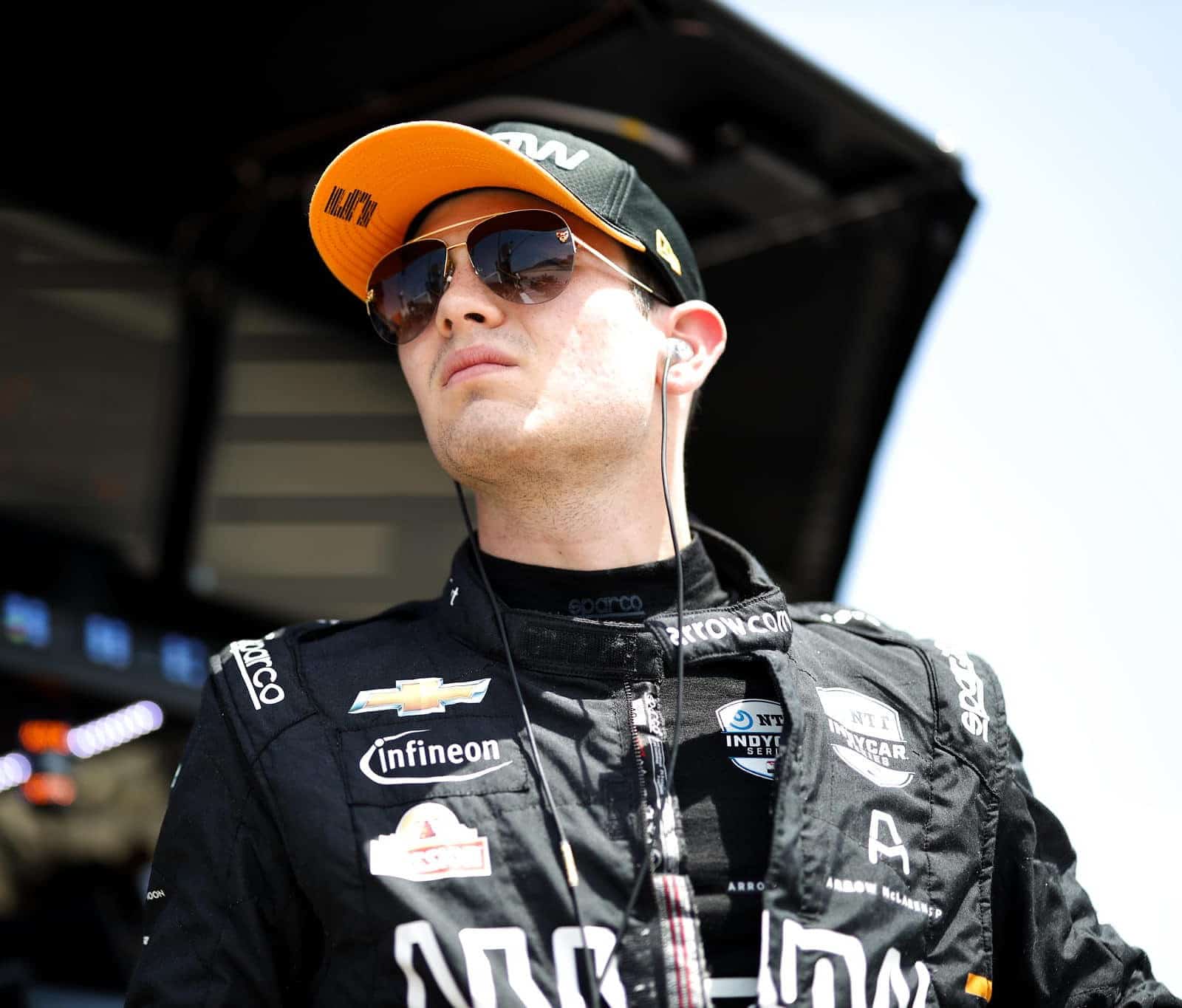 Patricio O’Ward is now a two-time IndyCar Series winner after taking the checkered flag in the second of this weekend’s two races at the Raceway at Belle Isle in Detroit Sunday (June 13). Polesitter Josef Newgarden finished second, while Alex Palou took the final podium position.

O’Ward shoved his way by Newgarden, who had led the entire race to that point, with three laps to go on Strand Drive after Newgarden got loose exiting turn 6. Contact was made between the two drivers that loosened Newgarden’s left sidepod. From there, O’Ward stretched his lead out to 6.7595 seconds by the time the checkered flag fell.

O’Ward and Newgarden spent much of the last green flag run of the race playing cat and mouse after O’Ward shoved his way past Graham Rahal, Palou, and Herta following the race’s final restart. For Newgarden, the last stage of the race was focused on making the most of his used red tires and conserving his push-to-pass reserve.

While O’Ward spent the last laps of the race breathing down Newgarden’s neck, the two-time champion fought valiantly for the race win, sliding his Team Penske Chevy through the corners as O’Ward closed in. Herta briefly joined the fight, but locked the front brakes entering turn 3 and was passed by Palou while running wide.

“I had a great car under me … I texted Felix (Rosenqvist) this morning, the important thing is that he’s okay, but I told him ‘I’m going to win this one for you.’,” O’Ward said in victory lane.

This win propels O’Ward to the points lead, to which O’Ward responded confidently that he can very well believe that fact. Palou sits second, while Scott Dixon is third. Today’s second-place finish moves Newgarden up to fourth ahead of Rinus VeeKay.

Of 2021’s historic rookie class, Scott McLaughlin finished best in 20th position. Both Jimmie Johnson spun exiting turn 1 to bring out a yellow with 17 laps to go. He would finish a lap down in. Johnson finished 21st.

'@JimmieJohnson spins and skids to a stop with less than 20 laps remaining. #INDYCAR

Grosjean ran well all day until he roasted his brakes shortly the restart from the caution for Johnson’s spin.  Grosjean then stopped his car on Strand Drive with both front brakes emitting black smoke before catching on fire.

WOW. Romain Grosjean – the man who walked out of fire last year – just ran back to his car on fire this time to try and put it out.

As you can see, Grosjean grabbed a fire extinguisher from a track marshal with intentions of putting the fire out himself before the safety team reached the scene.  The Safety Team ended up calling Grosjean off.  Ultimately, Grosjean was forced to retire from the race and was credited with 24th.

The NTT IndyCar Series returns to action next weekend at Road America for the REV Group Grand Prix.  Coverage is scheduled to begin at Noon ET Sunday on NBCSN as part of a NBCSN doubleheader with the NASCAR Cup Series.

This kid is exciting to watch race! Reminds me of Robert Wickens, perhaps even a bit bolder. If he can stay out of wrecks/injuries, O’Ward is gonna win some championships.