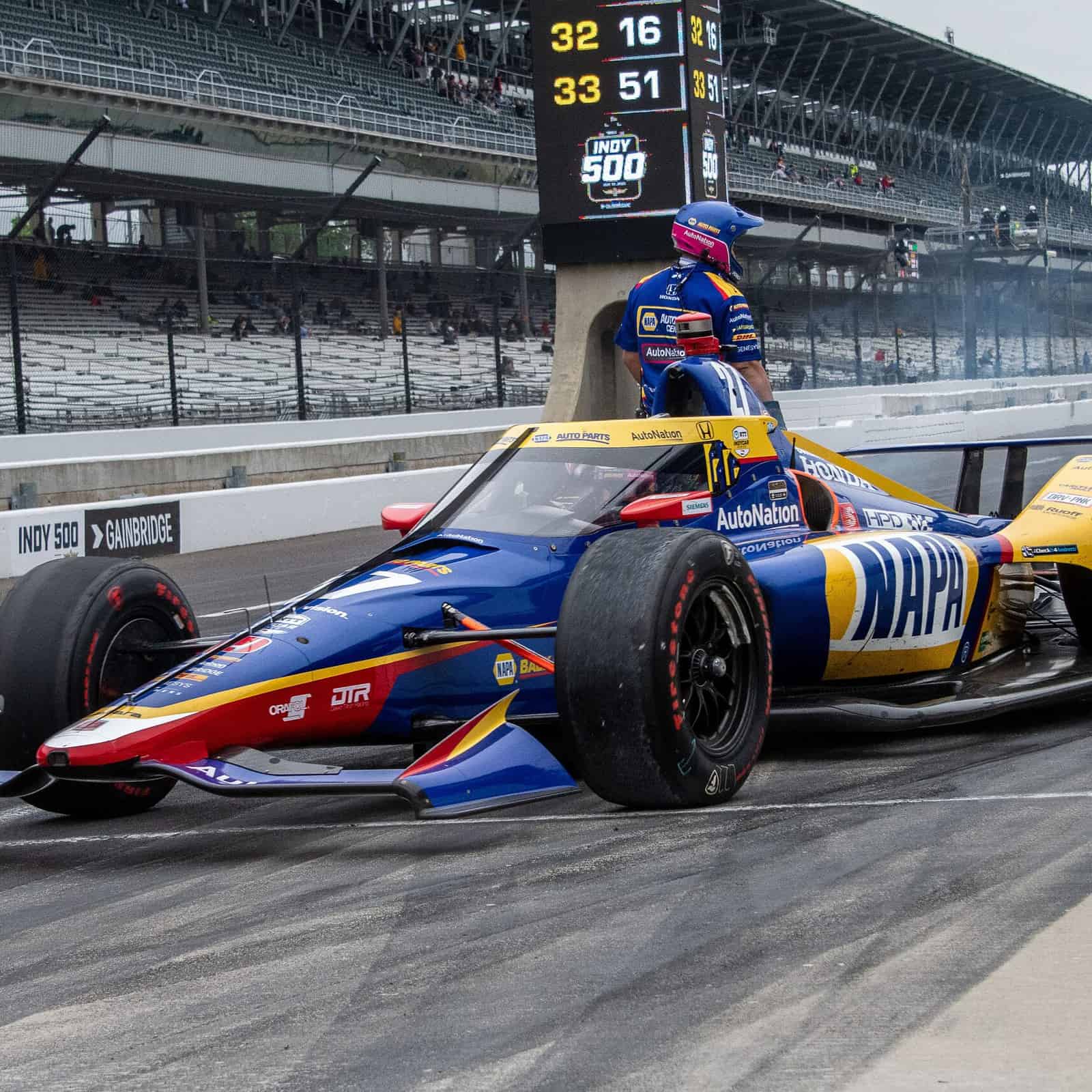 In 2016, Alexander Rossi joined elite company with the likes of Juan Pablo Montoya and Helio Castroneves by winning the Indianapolis 500 in his rookie outing. Since that time, finding victory lane at the Greatest Spectacle in Racing has been a challenge.

The next year, Rossi qualified on the front row and spent much of the race battling among the leading group before mechanical issues relegated him to a seventh-place finish.

In 2018, Rossi started 32nd following a poor qualifying run. In the first year of use for IndyCar’s current universal aero kits, Rossi put on a show and a half by charging from 32nd to a fourth-place finish in a race that left many disappointed in the lack of passing opportunities.

Rossi’s second-best 500 effort came in 2019. After spending the whole day in contention for control of the race, Rossi battled with Simon Pagenaud over the course of the final 16 laps. Rossi held the lead as the penultimate lap began, but Pagenaud pulled off a late pass into turn 3 and held on for the win.

2020 saw one of Rossi’s most impressive 500 performances as the Californian exchanged the lead with Scott Dixon throughout the race’s second half. Following a penalty for an unsafe exit on pit road — which resulted in contact with eventual winner Takuma Sato — Rossi once again showed his raw talent with a series of driven and desperate passes. Ultimately, however, Rossi put the No. 27 NAPA machine in the wall and found himself out of the race after a snap of oversteer in turn 2 on lap 144.

As Rossi approaches the halfway point of his sixth full-time season in IndyCar, the oval at Indianapolis ranks among Rossi’s best tracks in terms of performance. In five attempts at the 500-mile race, Rossi’s average finish sits at an impressive 8.2, so the Californian is almost always a contender.

However, Rossi’s form in 2020 has left some feeling concerned for the state of his faculties in a race car. While Rossi was a very real factor in the 2020 Indianapolis 500, the rest of the COVID-19 shortened season was bittersweet for both Rossi and his team.

For the first time in his IndyCar career, Rossi failed to score a win throughout the season, despite notching a pair of runner-up finishes at Mid-Ohio and at the Indianapolis Motor Speedway road course. Rossi, who has emphasized the stock he puts in starting a season on a good note, did not manage a top-10 result until the fourth race of the season at Road America. At season’s end, Rossi found himself ninth in points, his second-worst performance to date.

The 2021 season has yet to bode much better for Rossi. While his average finish has improved through the first four rounds of the season, after five rounds, Rossi’s best finish is seventh at the GMR Grand Prix and he currently sits an unfamiliar 14th in points. If Rossi is to make a turn around from the rather forgettable past 11 months of racing, the Indianapolis 500 may be his best chance.

Rossi’s contract with Andretti Autosport is currently set through 2023, with a one-year option which may see Rossi retain his seat in the No. 27 Honda through the 2024 season. Andretti’s strong record of five 500 wins since 2005 suggests that Rossi will once again find himself in a competitive car, barring any unforeseen mechanical developments. Come May 30, Rossi is set to roll off 10th on the inside of the fourth row.

Rossi’s numbers through 2020 and to this point in 2021 are by no means bad. However, they are a significant departure from the form the 2018 championship runner-up displayed that fans grew accustomed to from 2017 through 2019. While Rossi’s seat is not in danger at the moment, and his abilities are beyond question, can he turn things around and mount another championship challenge, before it comes time to once again consider his future in IndyCar?