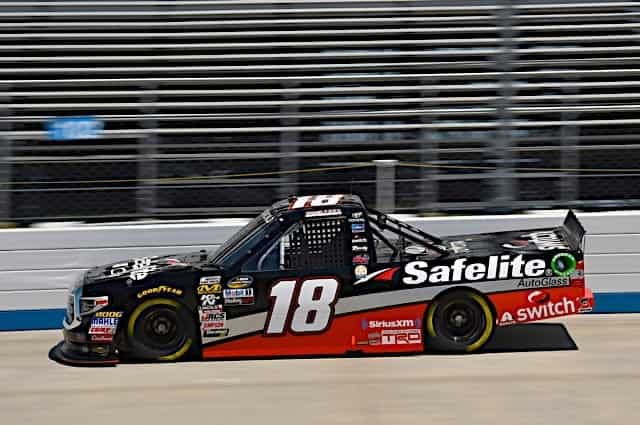 The Gander RV & Outdoors Truck Series travels to Dover International Speedway for its next circuit on the 2020 schedule, the second race of the Triple Truck Challenge.

Thirty-six drivers are entered for this race, meaning all will race.

Sam Mayer will make his first Truck Series start of this season, driving the No. 24 GMS Racing Chevrolet. He competed in three Truck races last season and earned his best finish of 19th place in the penultimate race of the season at Phoenix Raceway.

Chandler Smith will get behind the wheel of the No. 51 Kyle Busch Motorsports Toyota. The 18-year-old is seeking his first top 10 of this season after notching four top 10s last year.

Carson Hocevar and Bayley Currey will pilot Niece Motorsports Chevrolets, driving the Nos. 40 and 44, respectively. Hocevar made his season debut at the Daytona International Speedway road course and Currey has made three starts thus far this season.

Both Reaume Brothers Racing entries, the Nos. 00 and 33, have a driver listed TBA.

This race, barring any entry list changes, marks the first events of the year without CR7 Motorsports’ No. 9 and Roper Racing Team’s No. 04. Additionally, On Point Motorsports’ No. 30, previously announced to be entered, is not currently on the entry list.