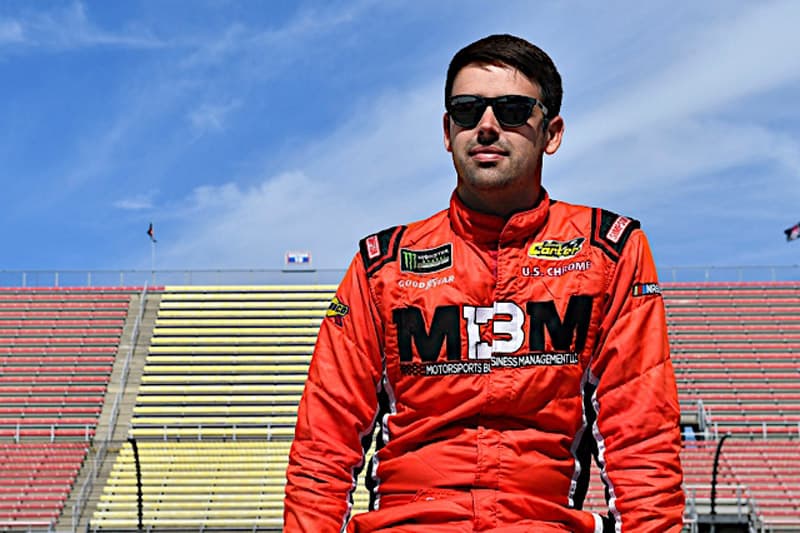 Silly Season 2020 hasn’t really heated up yet. (You could argue that everything about 2020 is Silly Season, but that’s not what we’re talking about here.) It’s a given that at least one top ride will be up for grabs, as Jimmie Johnson said last week he has informed Hendrick Motorsports that he will not return for 2021 even with the strange circumstances of this year. Depending on sponsorship, Stewart-Haas Racing could have at least one seat open and possibly two. No permanent replacement for Kyle Larson has been named.

Meanwhile, a lot of drivers take a chance on racing at NASCAR’s top levels with small, underfunded teams in hopes that a bigger team will take notice. That should be how it works, but too often, these drivers get pigeonholed as only good for that type of ride, when in fact they might flourish in really good equipment. While he never had anything less than a top Cup ride, Johnson is a good example. He didn’t have top equipment in his early NASCAR days in the NASCAR Xfinity Series, but flourished in a top ride in the NASCAR Cup Series.

It doesn’t always work out that way, of course. But there are always a handful of drivers who you look at and wonder what they might do in competitive cars. Here are a few who might turn a few heads.

Like Matt DiBenedetto before him, LaJoie elevates his small team, sometimes beyond its equipment. Yes, he has just three top 10s in Cup competition, but it is incredibly hard to get a top 10 in good equipment these days, let alone back-marker stuff.

LaJoie hasn’t had much opportunity to drive top-level equipment at any level in NASCAR. But when he’s had competitive cars, he’s been consistently top-notch. In 2012, his only full season in the ARCA Menards Series East, LaJoie won five times in 14 races, with 10 top-five finishes driving for a family-owned team. A year later, LaJoie made five starts in the ARCA Menards Series, and he won three of those, again driving for his father’s team. He won at Chicagoland Speedway, Pocono Raceway and Kentucky Speedway in ARCA, all Cup Series tracks.

LaJoie also has the personality to bring value to a sponsor. He’s played football with fans during a rain delay and painted one of the “turtles” on the Charlotte Motor Speedway ROVAL to look like a Teenage Mutant Ninja Turtle. He also donated a month’s salary to the charity Samaritan’s feet, and he’s not raking in the cash like some drivers.

For some reason, drivers racing for smaller teams tend to get labeled as damaged goods for whatever reason, and it’s an unfair designation to say the least. Lack of money does not equal lack of talent. Lajoie does not lack talent, and he could bring a team the entire package.

Cassill started his career with JR Motorsports, winning Xfinity Series rookie honors in 2008 at just 19 years old. He showed promise, but Hendrick Motorsports chose to use him as a test driver instead of developing him as a race driver. From there, Cassill drove for a number of small teams, always doing a solid job given the equipment, but never had another chance to race for a team with competitive equipment afterward. Cassill turned 31 years old this week and was ousted from the No. 00 this year in favor of rookie Quin Houff. It’s unlikely he’ll ever have the opportunity to prove his talent.

Like LaJoie, Cassill also has an outgoing, engaging personality that resonates with fans. But like the others on this list, that and talent are not enough to bring the sponsors to unproven drivers, and without sponsorship, drivers will never have the opportunity to prove themselves. That’s the reality in today’s NASCAR, and the challenge all of these drivers face.

23-year-old Nemechek has a little more time on his side than some of the others here. Despite being heavily overshadowed by a strong rookie class in Cup this year, Nemechek has put together a solid season for underdog Front Row Motorsports, with top-10 runs at Darlington Raceway and Talladega Superspeedway. He made a legit run for the win at Talladega, getting pinched by Erik Jones while going three-wide at the line.

Nemechek had some good numbers in the lower series — he had six wins in the Gander RV & Outdoors Truck Series with family-owned NEMCO Motorsports, and one in the Xfinity Series driving for Chip Ganassi Racing. While Front Row is performing well this year, Nemechek is a driver who could show real promise in competitive cars.

Preece already has an impressive resume as a driver. He won the NASCAR Whelen Modified Tour title in 2013 at age 22, and has finished runner-up in that series an additional four times, the first at just 18 years old. His first win came at 17.

Preece had a few chances to race for a top team in the Xfinity Series, where he made a total of 19 starts for Joe Gibbs Racing in 2017-18. In that span, Preece won two races, one pole, and finished in the top 10 14 times. He was never given the opportunity to race for that series’ title with JGR, and the team simply didn’t have room for him at the Cup level.

JTG Daugherty Racing is a decent small team, but it’s still a far cry from the equipment JGR might have provided. Top 10s are hard to come by for small teams, but Preece had three last year. He’s already given a glimpse of what he might do in a top car with those JGR Xfinity runs — he’ll turn 30 years old later this year, making him old enough and plenty experienced to bring a winning mentality to a team, but not too old to have his best years behind of him.

Hill is an interesting case because not only has he raced for the smallest of small teams for nearly his entire NASCAR career (and really only bigger small teams for the few races where you might say otherwise), but he was relatively inexperienced before entering the Xfinity Series in 2011 at the age of 18.

There’s not really anything in Hill’s stats that suggest he’d set the world on fire in better equipment other than his impressive iRacing numbers, which are limited in translation. But Hill has a certain poise about him. Even as a young driver thrown into the fire of the Cup Series, he has handled himself very well. He doesn’t make bad decisions on track, and he doesn’t make a lot of mistakes, either.

In the garage, it’s rare to see Hill without a smile on his face. He seems to genuinely enjoy interacting with fans and media. He’s the kind of personality sponsors should be seeking. It would be interesting to see him in a top Xfinity ride for a year or two to really get his sea legs. At that point, it would be fair to judge whether he deserves a good Cup ride, but he’s earned a chance to prove himself in a better car in a lower series for sure.