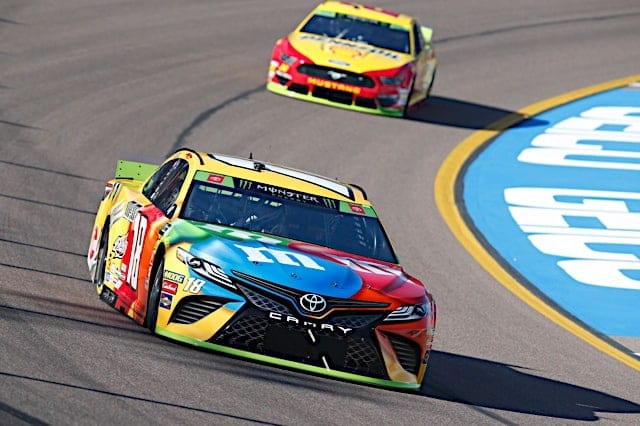 Kyle Busch and Chase Elliott were the fastest drivers in a pair of Monster Energy NASCAR Cup Series practices at ISM Raceway on Friday (Nov. 8) for the Bluegreen Vacations 500.

Elliott was the slowest among the playoff drivers, 18th fastest, with a lap speed of 134.620 mph.

Elliott claimed the top spot in second practice with a speed of 138.627 mph. Notably, this practice session took place mainly under the lights which will not happen in the race on Sunday, barring lengthy delays.

Larson was the slowest playoff driver in the second practice, placing 11th with a speed of 135.353 mph.

The Cup Series will qualify tomorrow at 2:00 p.m. ET on NBC Sports Network.