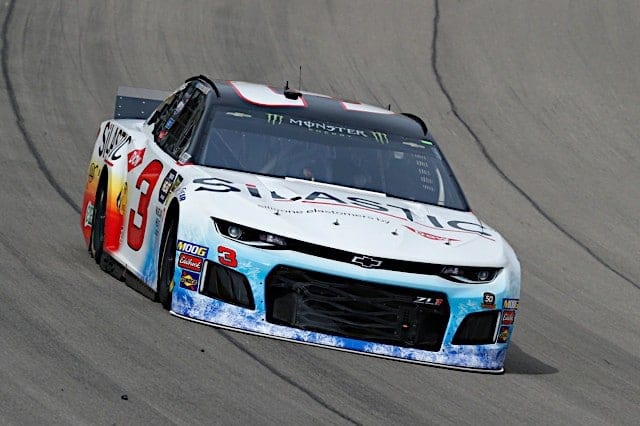 Chevrolet will update its Camaro body style for the Monster Energy NASCAR Cup Series beginning in 2020.

Based upon the supercharged 650 horsepower LT4 powered road model, the Chevrolet Camaro ZL1 1LE will make its MENCS debut next February at Daytona International Speedway, replacing the Camaro ZL1.

“The ZL1 1LE is the highest performer within the Camaro production-car lineup,” Jim Campbell, U.S. vice president of performance and motorsports, said. “We took lessons from the production car and applied them to the new 2020 Cup car.”

The change comes amid Chevrolet’s quest for another MENCS championship, as factory drivers Chase Elliott and Kyle Larson vie for the 2019 crown.

With nearly two seasons of MENCS use under its belt, the outgoing Camaro ZL1 has scored 10 victories with drivers Kurt Busch, Elliott, Larson, Alex Bowman and Austin Dillion. In the body style’s first start, Dillon gave the ZL1 its first win after conquering the 2018 Daytona 500.

LOL… that’s the first thought I had when I saw the headline.

If they could use the LT4 engine it would be interesting to see how much it would have to be de-tuned so the Toys could keep up.

And we all know the NA$CAR version won’t look anything like the street version.

They’d at least be smart to lose the pointy front bumper.. not exactly bump draft friendly.

NA$CAR’s replica won’t have it anyway. It doesn’t meet with their esthetic.

Translation: We’ve made some new 1LE decals that are going on the Camaro in 2020.

Tom B
Reply to  JDinNC

Exactly!
Sounds more like a trim package for the street version.

Does anybody really care anymore? And if they do why?

It is unfortunate nascar changed from the original stock vehicle based format that made it popular. Fake cars, pouty squirts driving them, poor attendance and declining tv viewers, interesting to see if nascar is still around in 10 years.