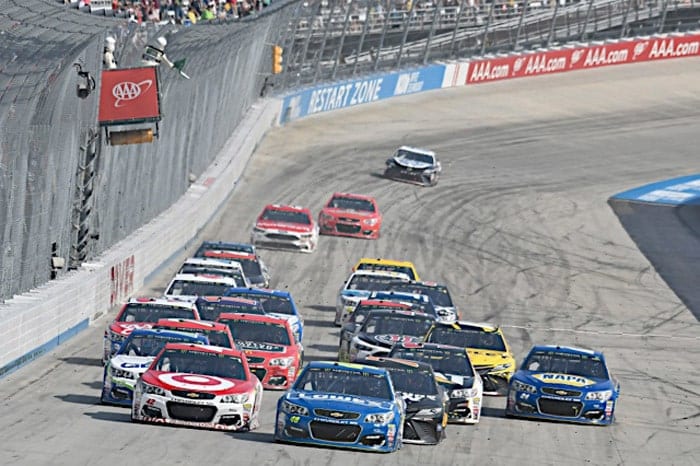 After a wild and crazy race at the ROVAL at Charlotte Motor Speedway, the Monster Energy NASCAR Cup Series heads to the Dover International Speedway on Sunday, October 7.  This is the opening race of the second round of the Playoffs.

39 cars are entered this week, with some changes to note.

Matt Kenseth returns to the No. 6 car for Roush-Fenway Racing for his 12th race of the 2018 season.  His best finish in 11 starts is 12th back at Indianapolis.

Ross Chastain will be back in the No. 15 car for Premium Motorsports after driving the No. 7 car for the team at the ROVAL.

B.J. McLeod will drive the No. 51 car for Rick Ware Racing after Stanton Barrett raced the car at the ROVAL, but unfortunately, crashed out very early on in the event.

Corey LaJoie is back in the No. 72 car for Tri-Star Motorsports after Cole Whitt drove the car last weekend.

Making his return to the Monster Energy NASCAR Cup Series is Kasey Kahne who will be back in his car, the No. 95 car for Leavine Family Racing.  Kahne has a test scheduled for this week and if all goes well, he is expected to race.  He has not raced since Darlington and Regan Smith has scored two top 15 finishes for the team in his absence.