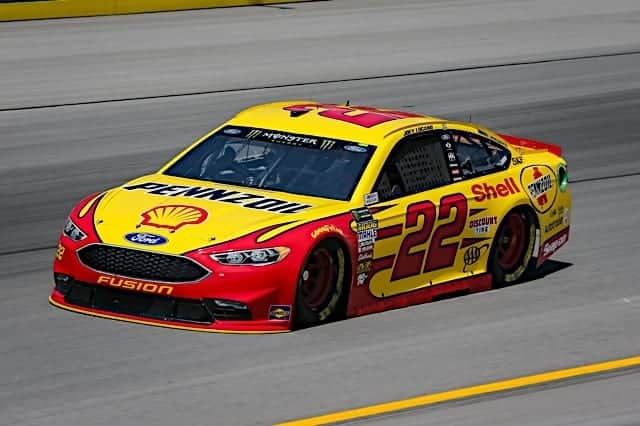 Joey Logano turned the fastest lap during Saturday’s final practice session in advance of Sunday’s (July 29) Gander Outdoors 400 at Pocono Raceway. Logano knocked off Kevin Harvick, who was fastest in the opening practice, around mid-way through the session.

Harvick ended up second with a 176.336 mph lap around the Pocono Raceway. Pocono is one of two tracks where the driver of the No. 4 Ford remains winless. He was just 0.010-seconds off of Logano on the speed charts.

Martin Truex Jr., the June winner at Pocono, finished the session in third while Aric Almirola and Jimmie Johnson rounded out the top-five speeds.

39 of the 40 cars entered turned at least one lap during the session. Harvick turned the most at 26 while Reed Sorenson turned the least amount at just two laps.

Larson had an exciting moment at the end of final practice. He exited Turn 1 and spun on his own. As he was saving it the left front barely hit the wall resulting in minimal damage to the No. 42 DC Solar Chevrolet Camaro ZL1. That was the sole incident that happened during the session.