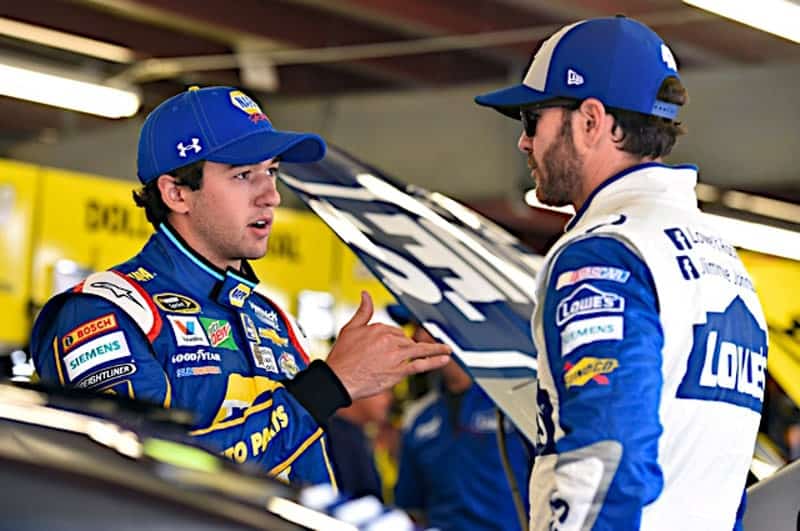 Back-to-back finishes of 33rd and 31st made the task simple for Chase Elliott Sunday at Talladega Superspeedway: Win.

Though the 20-year-old’s day didn’t end in Victory Lane, he was looking strong in the early going, as he led nine laps on five occasions in the opening 80 laps in Sunday’s Hellmann’s 500.

A 12th-place finish was not enough to tackle the 25-point gap the rookie needed to advance into the Round of 8. Missing the cutoff by 15 points, Elliott was aware of his standing heading into Sunday, saying it was “a big hole to climb out of.”

“You recognize what we had to do coming in and we were in that position.” Elliott said. “We had two other opportunities to try and lock ourselves through and we were unable to do that. When you start this deal, you control your own destiny in a lot of ways. We had a big hole to climb out of today and came up short.”

Despite leading the race and be a regular face in the top 10, Elliott faded late as multiple cautions flew.

“When we were leading, that was about 350 miles to go,” he said. “It’s hard to say. You just recognize, at that point, we had a good car. We were able to make lanes go and make things happen which was encouraging. We just weren’t able to do that at the end when it counted.”

Looking solid to clinch the Rookie of the Year award over Ryan Blaney, Elliott will try to wrap up his strong rookie season with a win.

“No time to be disappointed. We have to move on,” he said. “Just because we don’t have a yellow spoiler, doesn’t mean we can’t go and compete.”

Brian’s pissed off now that Elliott has gone from one of the Chosen Ones to one of the Invisible Ones. But he’s still got Johnson’s name on the this year’s trophy on his desk.