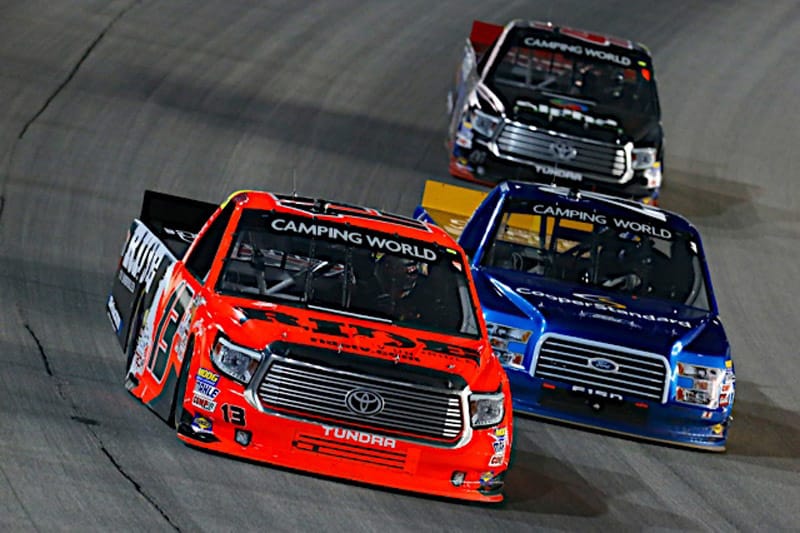 The NASCAR Camping World Truck Series makes its annual stop at New Hampshire Motor Speedway this weekend and will kick-off the Chase for the Championship.

As of Monday, there are 32 trucks entered, meaning all will make the race, barring any entry list updates.

Canadian Stewart Friesen will compete in his third Truck Series race of 2016 this weekend. He made his series debut at Eldora earlier this season, placing 28th, and then competed at Bristol last month, finishing 22nd.

Cody Coughlin returns behind the wheel of the No. 51 truck for Kyle Busch Motorsports this weekend. It will be his seventh start of the year and first at New Hampshire.

Only two previous race winners are entered in Saturday’s field: Travis Kvapil, who won in 2004, and Cole Custer, who captured the victory in 2014.