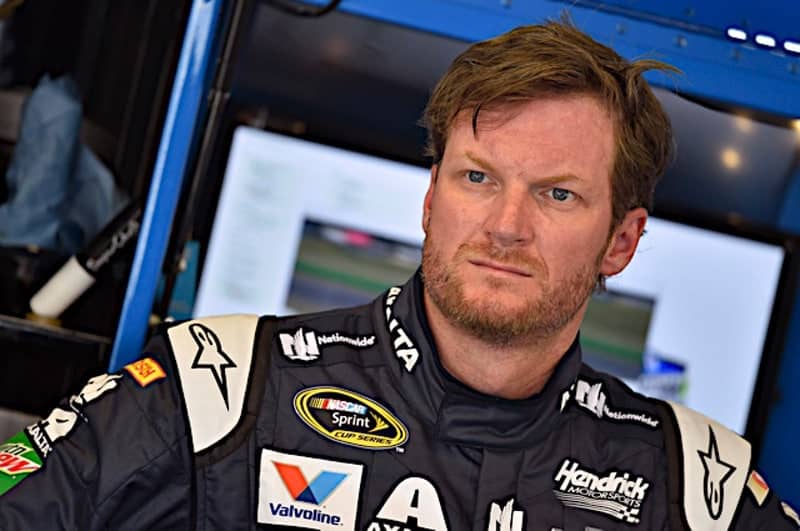 Dale Earnhardt, Jr., who has been week-to-week with a concussion, will sit out the remainder of the NASCAR Sprint Cup Series season.

The Hendrick Motorsports driver has been out since July, when it was made known he was experiencing concussion-like symptoms after a wreck at Michigan International Speedway. Since then, Earnhardt has missed six Sprint Cup races, with veteran Jeff Gordon coming out of retirement and JR Motorsports driver Alex Bowman replacing him in the No. 88 car.

“I wish I could return to the No. 88 team this season,” Earnhardt said in a press release Friday morning. “To say I’m disappointed doesn’t begin to describe how I feel, but I know this is the right thing for my long-term health and career. I’m 100 percent focused on my recovery, and I will continue to follow everything the doctors tell me. They’re seeing good progress in my test results, and I’m feeling that progress physically. I plan to be healthy and ready to compete at Daytona in February. I’m working toward that.”

Earnhardt has visited the University of Pittsburgh’s Medical Center Sports Medicine Concussion Program on a regular basis, being evaluated by Dr. Jerry Petty, a neurosurgeon from Charlotte, and Dr. Micky Collins.

Earnhardt will address the media Sunday afternoon at Darlington Raceway, where he was scheduled to pilot a throwback scheme honoring Buddy Baker’s “Gray Ghost.” Gordon was already named as the driver of the No. 88 car for Darlington after Bowman competed for HMS at Michigan.

“I know how hard Dale has worked and how frustrating this is for him,” team owner Rick Hendrick said in the release. “He wants to be back, and we want him back, but we want it to be for the long haul. We’ve had incredible support from everyone involved with the team, including all of our sponsors. They’ve put Dale’s health first every step of the way.”

Gordon will drive the No. 88 car at Darlington, Richmond, Dover and Martinsville. Bowman is set to compete for the team in the races Gordon will not be competing in.

Earnhardt has experienced at least three concussions in his career, with his previous one caused by a series of hard hits at Talladega Superspeedway and Kansas Speedway. During that series of events, he was forced to miss two events in the midst of the Chase for the Sprint Cup.

Recently, Earnhardt announced he will donate his brain to the Concussion Legacy Foundation.

After being diagnosed with a concussion, Earnhardt has been giving fans updates via social media about his condition. As of late, he has been posting Instagram videos, detailing his rehabilitation process.

“The support from both inside and outside the race team has been overwhelming,” Earnhardt said.”Everyone has been so encouraging and positive, from my teammates and sponsors to my family, friends and fans. It’s motivating and humbling at the same time.”

Out for the rest of the year. Who woulda thunk it? Who’s in the car next year? Let the guessing begin. Sure beats who’ll be in the chase next year. After all, originally it was only for a couple of races.

Can’t say I’m surprised. When he didn’t come back in a few weeks and pretty much fell out of chase contention I figured he might be out the rest of the year. I’d say he really has to question coming back next year regardless of how much he recovers after this episode. Looks like NASCAR has lost three of it’s biggest stars in two years.
Last week the Michigan race got slaughtered in ratings by a pre-season football game. I don’t see this helping.

It seems more and more like the people at Kentucky in July saw him in the car for the last time.

I dont know if Junior will ever drive a race car again or not, but if his long-term health requires it, he should call it a career. He has his own race team, endorsements out the wazoo, and he will never want for money or opportunities. Still, as Bill B said, this would be a sizable blow to Nascar. Would Dale’s fans join Jeff Gordon’s fans and embrace Chase Elliott? I bet most would.

…Seems more to it than the official narrative, IMO. But it is Dale Jr. so we will never know! The Current God by Death of the “real” God, “Little E”, anointed by rabid fans, is protected by the media. Something stinks, imo. Just my two cents….