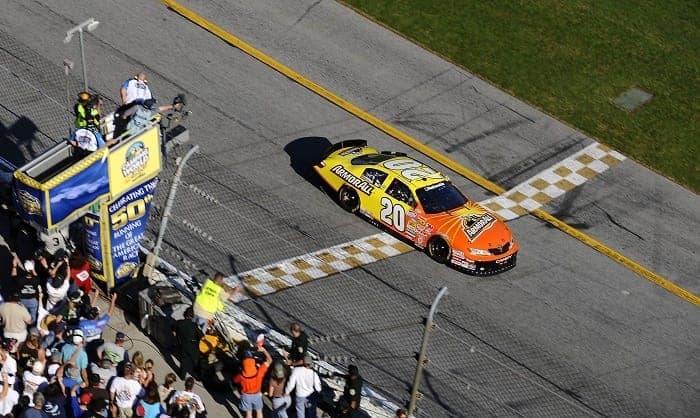 The Tony Stewart era in NASCAR is coming to a close. One of the sport’s most intimidating drivers is hanging up his helmet at the end of next season and his illustrious career is one that few can compare to.

In January, I had the opportunity to meet Stewart at Media Week in Charlotte. His scruffy beard, matched with his wry smile as he looked me in the eye spoke for itself. I did not even have to interview him to get a story. Stewart’s life had been in shambles over the past two years, with a horrific leg injury in 2013 and the chaotic scene created at a dirt track in Upstate New York on a Saturday evening in Aug. 2014.

His life had a new perspective and a changed demeanor. A calmer, less intimidating Stewart showed up that day for Media Week. As he looked at me, he joked about an attempt to lose weight, saying that he’s still trying not to break the scale in his house. It was clear that Stewart realized there was far more to life than driving behind the wheel.

With three Sprint Cup Series championships Stewart will undoubtedly retire as a Hall of Famer. His controversial career is one that is lacking in the current era of NASCAR with the exception of Brad Keselowski and Kevin Harvick, both of whom are never afraid to voice their opinions. With 48 triumphs, he can speak on behalf of the rest of the sport when need be, and that he has done.

But what always stuck out in my mind was Stewart’s dominance when he stepped behind the wheel of an Xfinity Series vehicle. His persistence at Daytona for the season opener from 2008 until ’11 was unlike anything I had seen at the time. Think about how difficult it is to take the checkered flag ahead of the field at a restrictor-plate track, dodging each wreck and putting yourself in the right position at the right time. Yeah, it is not easy. Stewart did it four years in a row, five out of seven until his leg injury prevented him from attempting the race last year.

Now, with Stewart’s retirement announcement officially in the books, let’s take a look at some of the most impressive runs he had in the NXS, where he has made 94 starts between Joe Gibbs Racing, Richard Childress Racing, and Kevin Harvick Incorporated, along with a handful of other teams.

The 2006 Hershey’s Kissables 300 at Daytona. Stewart takes the season opener for NASCAR’s second-tier division in his first on-track action since winning the 2005 Sprint Cup championship.

The 2008 season opener at Daytona. Stewart earns his third victory in the “first race” for the newly-named Nationwide Series. In all, seven of Stewart’s 11 career victories in the sport’s second-tier division have come at Daytona.

A LOOK AROUND XFINITY

LUNKENHEIMER: Stewart Retirement Not All Bad

FESKO & BEARDEN: Who Had The Better Career, Jeff Gordon or Tony Stewart?

FESKO: Inside The Stewart Announcement