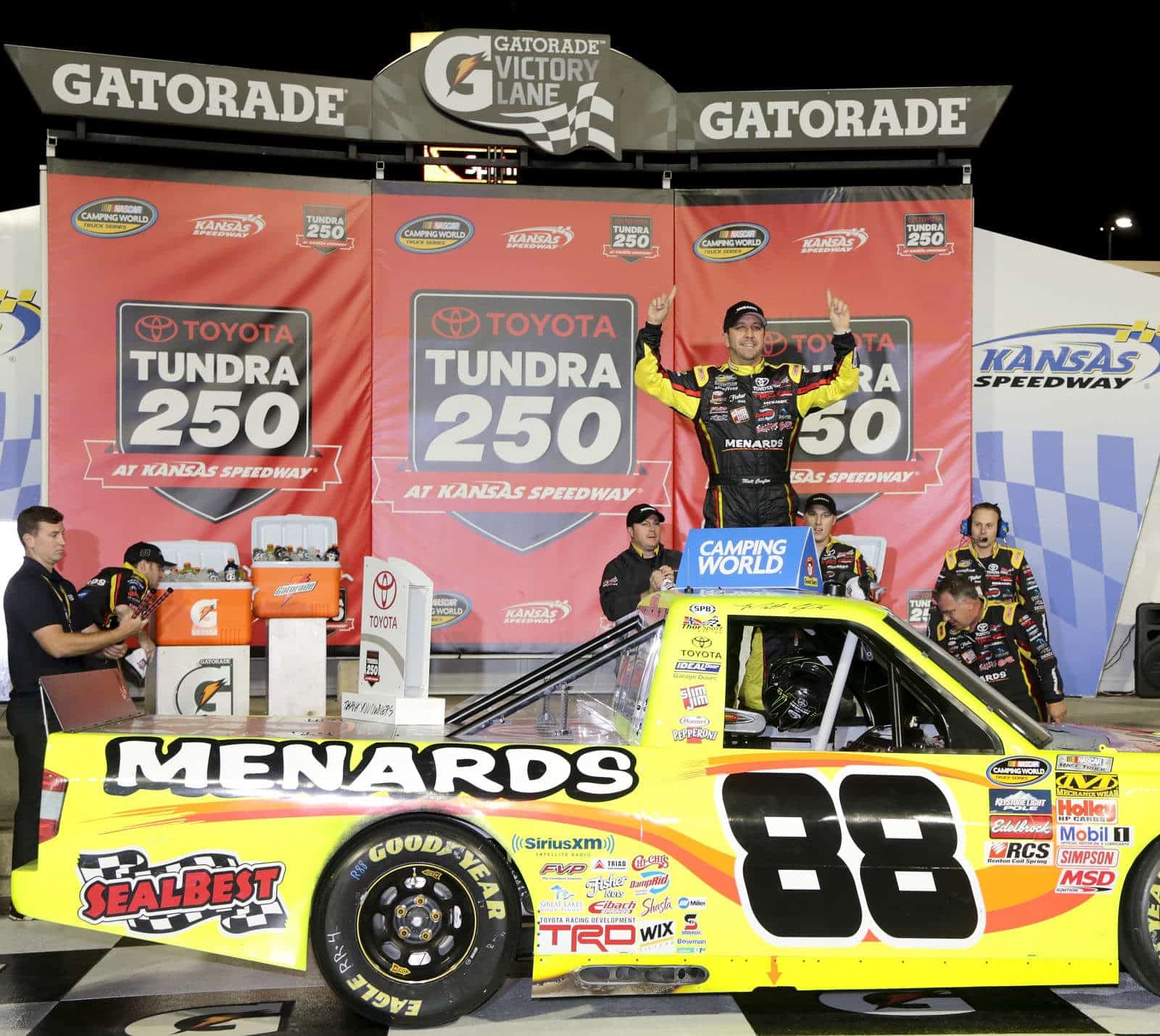 Before the race, fans and analysts both reminded Matt Crafton that no one had ever repeated a win in Kansas.

With a fast Toyota Tundra and a little luck, Crafton changed that fact on Friday night.

Crafton passed Daniel Suarez in the waning laps and survived to the finish on fuel to win the NASCAR Camping World Truck Series Toyota Tundra 250 at Kansas Speedway. The win was Crafton’s seventh career trip to victory lane, and his second in 2015.

Crafton’s triumph came at the cost of Erik Jones. Jones, who will make his first Sprint Cup Series start tomorrow night, qualified on the pole and led 151 of the race’s 167 laps. However, his car sputtered down the back straightaway with five to go, forcing him to pit for fuel. Jones would finish in 11th, one lap down.

Similar fuel mileage woes also befell Tyler Reddick. Reddick and teammate Austin Theriault started the race from the rear of the field after crashing during qualifying, but quickly worked his way to the front to assert himself as a contender. He briefly took the lead when Jones pitted for fuel, but ran out of fuel himself with two to go. Reddick would finish 13th.

Ryan Newman overcame an uncontrolled tire penalty to bring a team-best runner-up finish in a rare start for NEMCO Motorsports. Johnny Sauter, Timothy Peters and Cameron Hayley would round out the top five.

Suarez finished sixth after running out of fuel on the last lap. Justin Boston, Scott Lagasse Jr., Mason Mingus and Daniel Hemric rounded out the top-10.

The field was slowed for caution only four times for 19 laps, a record low for Kansas Speedway. There were only 11 lead changes between five leaders.

The Camping World Truck Series will return to action on May 15 for the North Carolina Education Lottery 200 at Charlotte Motor Speedway.