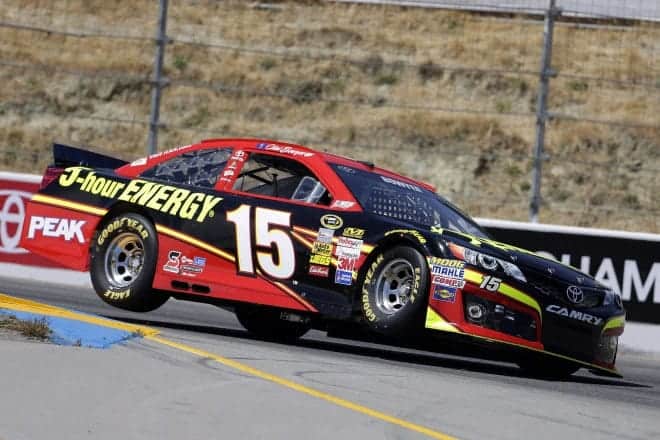 Looking for the Who, What, When, Where, Why and How behind Sunday’s race? Amy Henderson has you covered with each week with the answers to six race-day questions, covering all five Ws and even the H… the Big Six. Who… gets my shoutout of the race?  With a 21.5 average finish, no top 10s previously … 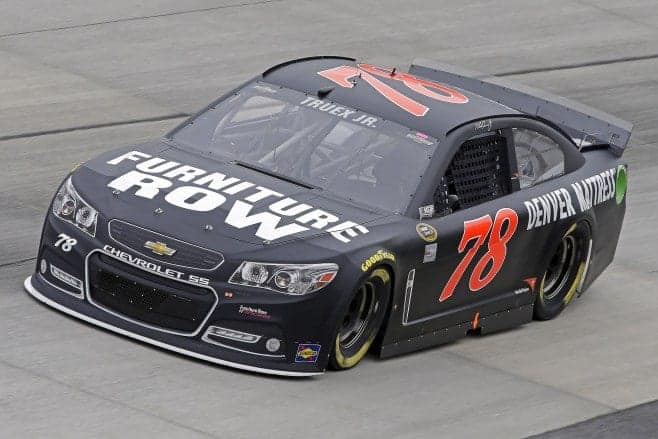 It’s a totally different ballgame this week when the NASCAR Sprint Cup series visits Sonoma for the first of two road-course races on the roster. Yes, we’ve got right turns, and left turns, and more right turns and just knowing who to pick this week could very well turn your season around if you have …

ONE: Wine Country After the Irish Hills of Michigan, next up on the Sprint Cup Series slate is a trip out west to beautiful Sonoma and wine country. One of the two road courses on the schedule — the other being Watkins Glen — the chance to turn left as well as right brings up …

In many ways, the Sprint Cup Series’ venture to the Pocono Mountains was a microcosm of the season to date.  There was a singular figure who led many a lap, multi-time champions finding ways to struggle, and frontrunners succumbing because of the not-so-alive half the alliance between man and machine.  The end result was very …

Key Moment – On the final restart of the race, Dale Earnhardt Jr. chose to start in front of teammate Jeff Gordon. When the green flag flew, Gordon stayed tight to Earnhardt’s bumper while Kyle Busch was several feet off of the bumper of Brad Keselowski. The resultant push put Earnhardt solidly in the lead …

Martin Truex Jr. dominated at the 1.5-mile Kansas track, leading a race-high 173 laps, but lost in a duel with Denny Hamlin late and had to settle for second.

A green-white-checker finish saw Denny Hamlin grab the lead and hold off Jeff Gordon to take his series leading fourth win of the season.

If not for a badly-timed tire problem for Jamie McMurray, Martin Truex Jr. wouldn’t be getting my shoutout — because he’d have won the race. Instead, Truex had to settle for fourth after a wild restart. Adding insult to injury, Truex, who has flown under the media’s radar all year long despite being a fixture in the top 10 in points, garnered relatively little television attention compared with the night’s other race leaders.

While Clint Bowyer was holding off all comers for the win, his Michael Waltrip Racing teammates were having a strong race of their own, solidly in the top 10. Although Martin Truex Jr. got caught in a late-race traffic jam that forced him off the road and into 22nd place after leading 15 laps early on, it was Brian Vickers who really shined in just his third Cup race of 2012. Vickers drove his way through the field from a 21st-place starting spot, inserting himself into the top 10 and then the top five, muscling past Jimmie Johnson in the late laps to take home a fourth-place finish.

It will be one of the biggest surprises of 2012 if AJ Allmendinger doesn’t win a race in his new Penske Racing ride. Early on, it looked like this could be the week for the Los Gatos, Calif., native as Allmendinger beat the field in qualifying to take the pole for the STP 400, and led handily in the early going. But an engine problem reared its ugly head at Allmendinger’s team as the race approached the 100-lap mark. Allmendinger would stay on track after a lengthy pit stop to address the issue, but it cost four laps and relegated Allmendinger to a finish of just 32nd after starting at the front.

He didn’t end up in Victory Lane, but Martin Truex Jr. has been knocking on that door for weeks, and it won’t be long now for the Mayetta, N.J. native, who finished sixth on Saturday night. Truex and his Michael Waltrip Racing team have been red hot since last fall at Talladega, when they snatched up four top-10 finishes in five races to finish the year. Truex picked up 2012 right where he left off, with five top 10s in the first seven races and no result lower than 17th. Truex led four times for more than 60 laps on Saturday, flexing his muscle and it looks increasingly like this driver is on the brink of not only a win, but more than one of them.

NASCAR opened the drivers’ meeting to race fans at Las Vegas, and while it gave those fans a glimpse into what goes on behind the scenes, many drivers think NASCAR took this one one step too far. The intent of the meeting – to go over safety information or rules updates for the upcoming race, to give a few necessary warnings, and for teams to air any questions they have has become more of a media circus in recent years, where more time is spent on introducing celebrities in attendance than on making sure the teams understand their race procedures. Is it time to return to the days when only drivers and crew chiefs are privy to the meeting?