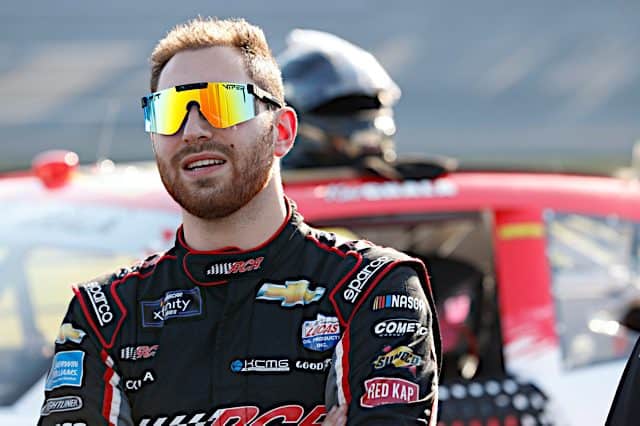 Additionally, the No. 24 for the organization will expand to a full-time schedule. Connor Mosack will run for the team part time in 20 races.

Mosack’s first race in 2023 will be at Phoenix Raceway.

Further details, including the rest of the No. 24 driver lineup and sponsorship information for both teams, will be announced at a later date.

“Timing and patience have been pivotal components of our growth process at SHR,” team owner Sam Hunt said in a release. “Expanding to two full-time teams in 2023 brings an excitement level only matched by the responsibility and expectation to compete at a high level every week. It goes without saying that having a full-time driver in the No. 26 for the first time is a blessing to our organization and an important component of our growth. Kaz is a highly talented and experienced driver and has strived for an opportunity like this for a long time.

“Having Connor anchor the No. 24 team is something we are also really looking forward to. He is a very talented young man and has every trait and characteristic I look for in a young driver. We’re heading into 2023 with confidence in both teams and drivers, and I’m excited to continue to build this program with each of them.”

Grala ran 10 Xfinity races in 2022, one of which came with SHR in the season finale at Phoenix. His best result came with Big Machine Racing Team at Watkins Glen International, where he finished fifth.

He ran more races in the NASCAR Camping World Truck Series this year, competing in 12 events for Young’s Motorsports with one top 10.

Mosack debuted in Xfinity in 2022 with a two-race stint, one with Joe Gibbs Racing and the other with SHR. His best finish came with the latter at Watkins Glen, finishing 15th.