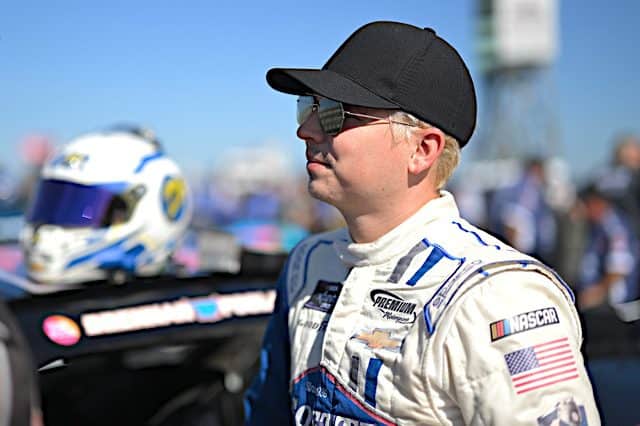 Brennan Poole will drive the No. 6 for JD Motorsports in the NASCAR Xfinity Series in 2023, JDM announced Dec. 2.

Poole returns to the team after running multiple races for the organization toward the end of the 2022 season.

He joins Bayley Currey, who was previously announced as returning to the team in its No. 4.

​“We’re full throttle here and getting ready to go,” team owner Johnny Davis said in a release. “Bayley and Brennan are signed on and looking forward to chasing races and points next year. We’re actively moving along looking for sponsor commitments and for drivers and sponsors for the No. 0 car.

​“We’ve always taken the approach here that we want to go after the series with multiple cars, and that’s how we’re looking toward 2023. The new schedule is very interesting and provides new challenges to our drivers and team members.”

In 2022, Poole largely drove for Mike Harmon Racing. He ultimately made 10 starts, with a best finish of 14th coming at Homestead-Miami Speedway with JDM.

Ryan Vargas was the primary driver of the No. 6 in 2022. His plans for next year, apart from departing JDM, have not yet been announced.